After Losing an Unborn Twin, Their Daughter Kept These Dads Going

Despite living at opposite ends of North America, Alonso and Javier started dating after they were introduced by mutual friends seven years ago. Now, they’re expecting their first child at the end of March. Although they’re beyond excited to become fathers, the couple said it hasn’t all been smooth sailing.

Alonso had been living in Vancouver for a year when his best friends called to say they had just met the man of his dreams in his hometown of Mexico City; Javier, a native of Buenos Aires, Argentina. Slightly skeptical, and having just started his studies in Canada, Alonso held off on connecting with Javier at first. A year later, he decided to take a trip home, where he met up with his best friend Loren, who happened to be working with Javier.

“From the first moment, there was a spark,” Alonso said, “to the point that we were talking during all hours of the night. And even though I had to fly back to Vancouver, social media made it work.”

From the day they met, Alonso said he and Javier were both clear about their desires to have a family. 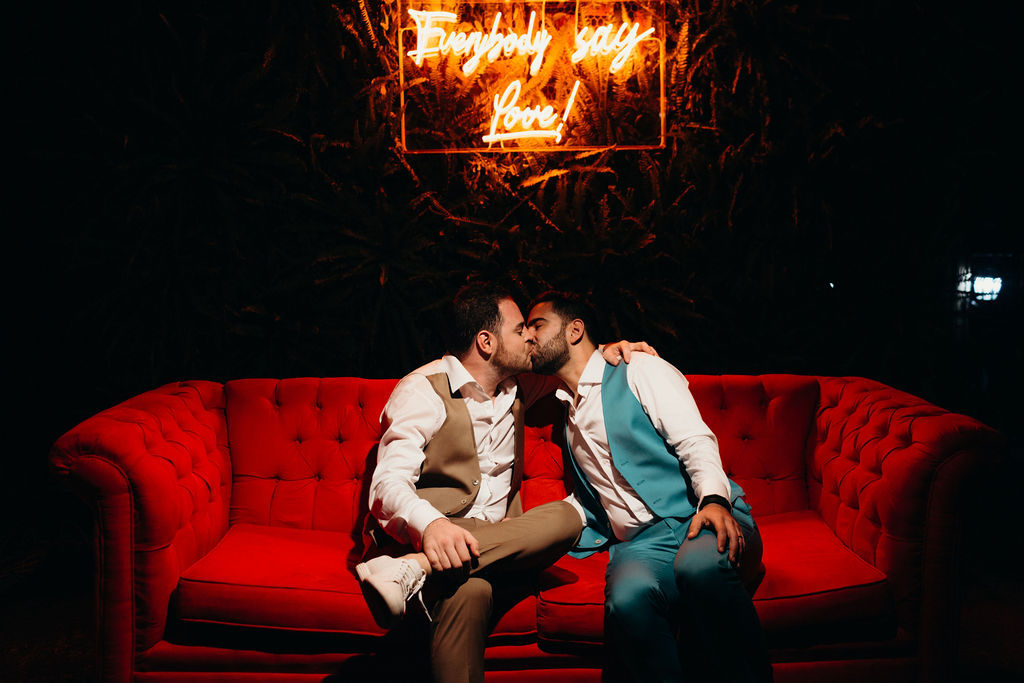 “On our first date I came out with the question, ‘What do you think about marriage and having kids?’ obviously scared that he would freak out and never call me again,” Alonso said. “But instead, his reaction was, ‘I would totally love to have a family and meet someone worth spending the rest of my life with,’ and the rest is history.”

The couple moved to Paris together in 2016, where they started exploring their possible paths to parenthood. They eventually saw a social media ad about the Men Having Babies (MHB) conference in Brussels, and they decided to go and check it out. 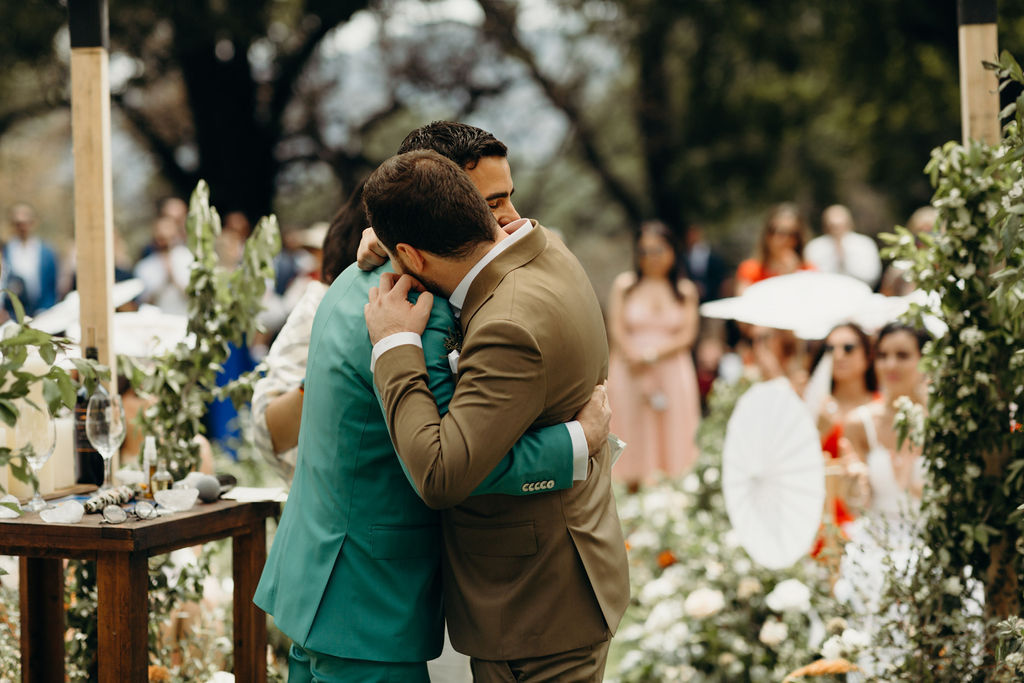 While they continued to sift through the options for how to make their own family, Javier and Alonso got married in March 2019. After four years of research, attending meetings and conferences, the newlyweds ended up where they had started; getting back in contact with {{cta(‘78049115-0cc5-4db8-ac8c-6d32583199d9’)}}, their surrogacy agency, and Dr. Leondires from RMACT, whom they had first connected with at the MHB conference.

In mid-2020, the couple were thrilled to receive the news that they were expecting a baby. After the first ultrasound, their happy news doubled.

“We transferred one embryo to our surrogate, and after weeks of waiting, we had our first ultrasound and discovered the embryo had split, and we were having identical twins,” Alonso said. “I will never forget the feeling; in the end it was like the ‘surprise factor’ we needed then, since everything else had been very much planned.”

Javier and Alonso were going crazy thinking about their twin girls, feeling super-excited and happy, so they told all their friends and family. 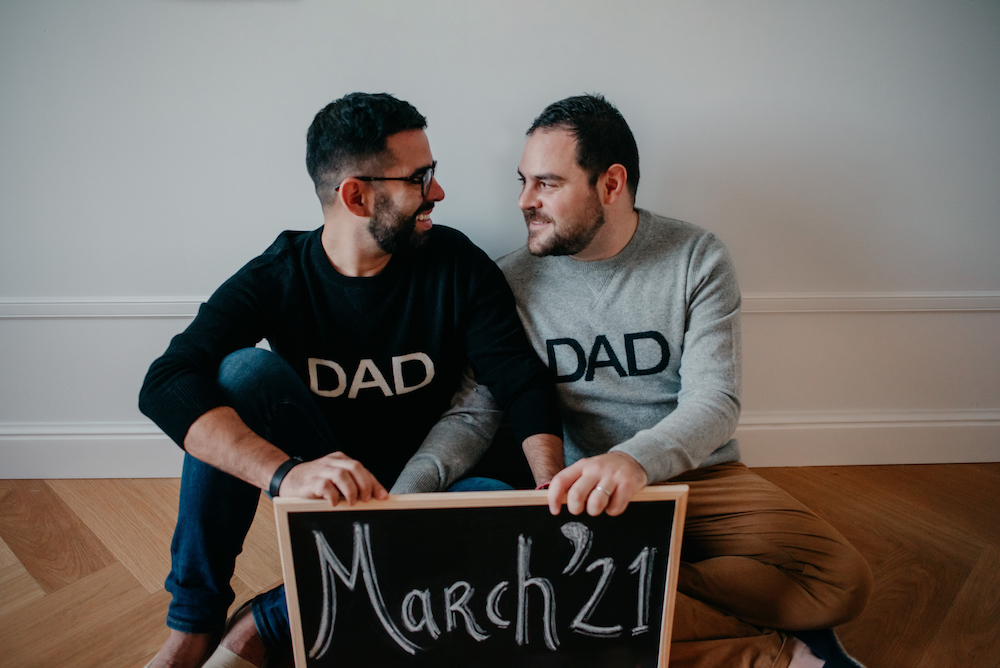 “We even posted it on Instagram, once the first trimester was passed,” Alonso said. “Unfortunately, the day after we posted the big news, we got a very sad call from our surrogate and her OBGYN, telling us one of the babies had no heartbeat.”

Alonso said it was probably the saddest day of their lives.

“We cried a lot. We were angry, frustrated,” Alonso recalled. “But on the other hand we still had a strong baby girl who was still there, and she kept us going and helped us overcome the loss of her twin.”

Although it was a heartbreaking experience, the couple said they have both learned a lot about becoming parents in the process.

“It’s not an easy journey,” Alonso said. “It’s life. A new life. Enjoy every single moment, there will be lots of ups and downs, especially in years like 2020.” 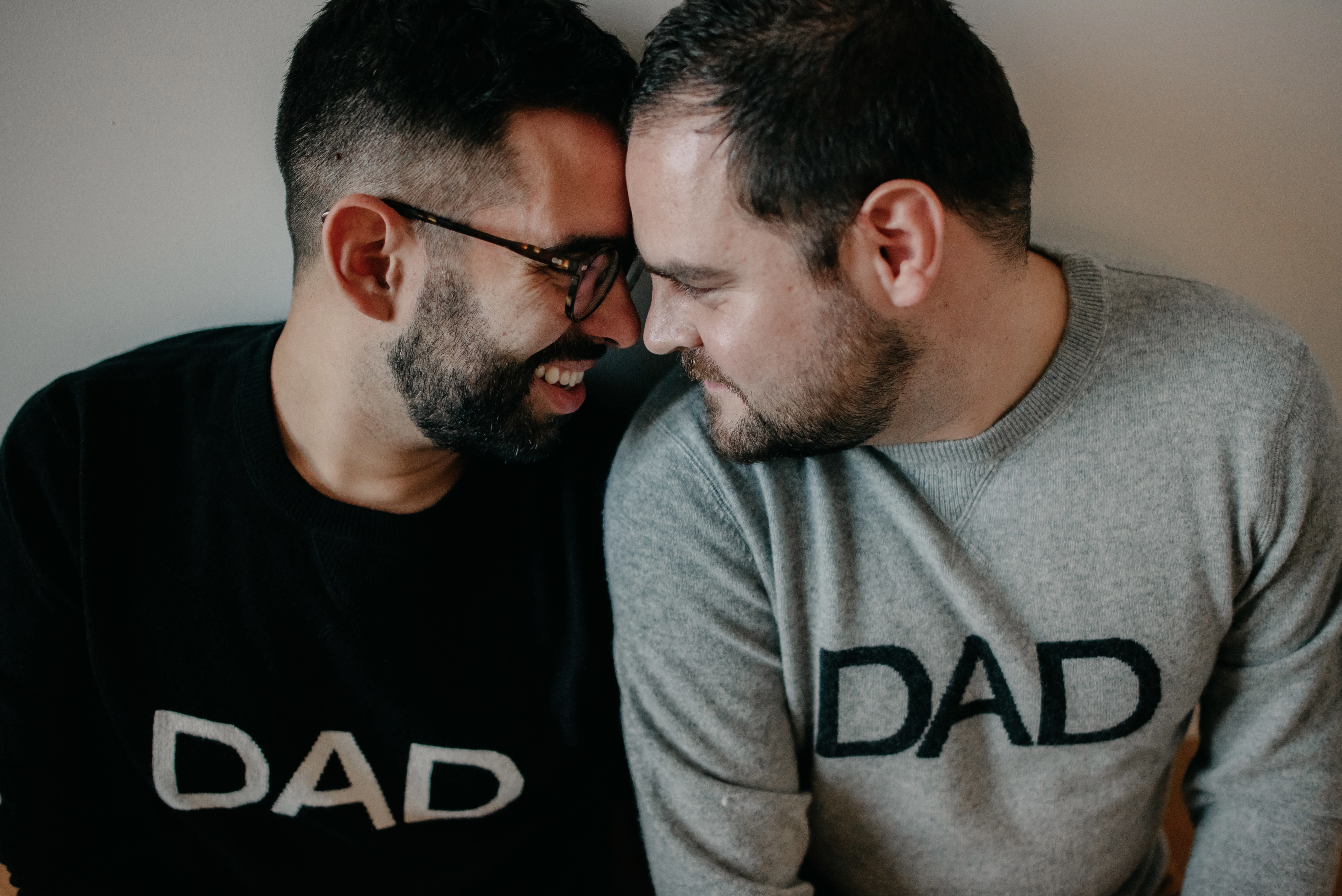 At the end of last year, the couple started looking for a new home in Barcelona for when the new baby arrives. Although they wanted something close to the bustling part of town, near bars and restaurants, they soon realized their living situation would be the first thing to change before their daughter comes along.

“We realized that none of the apartments we were seeing were actually child-friendly,” Alonso said. “Either the area was too noisy, or the elevator was too tight so the stroller wouldn’t get in, or the door was too heavy, or the balcony was too dangerous.”

They finally found a child friendly apartment, and they love their new home, but Alonso said it was the first time they both had to think about their baby instead of themselves.

The pair said, thankfully, they have also been able to establish a really nice relationship with their surrogate, who they text pretty much every day. They even send her voice notes which she plays to baby María, who is due to be born around March 25th 2021. 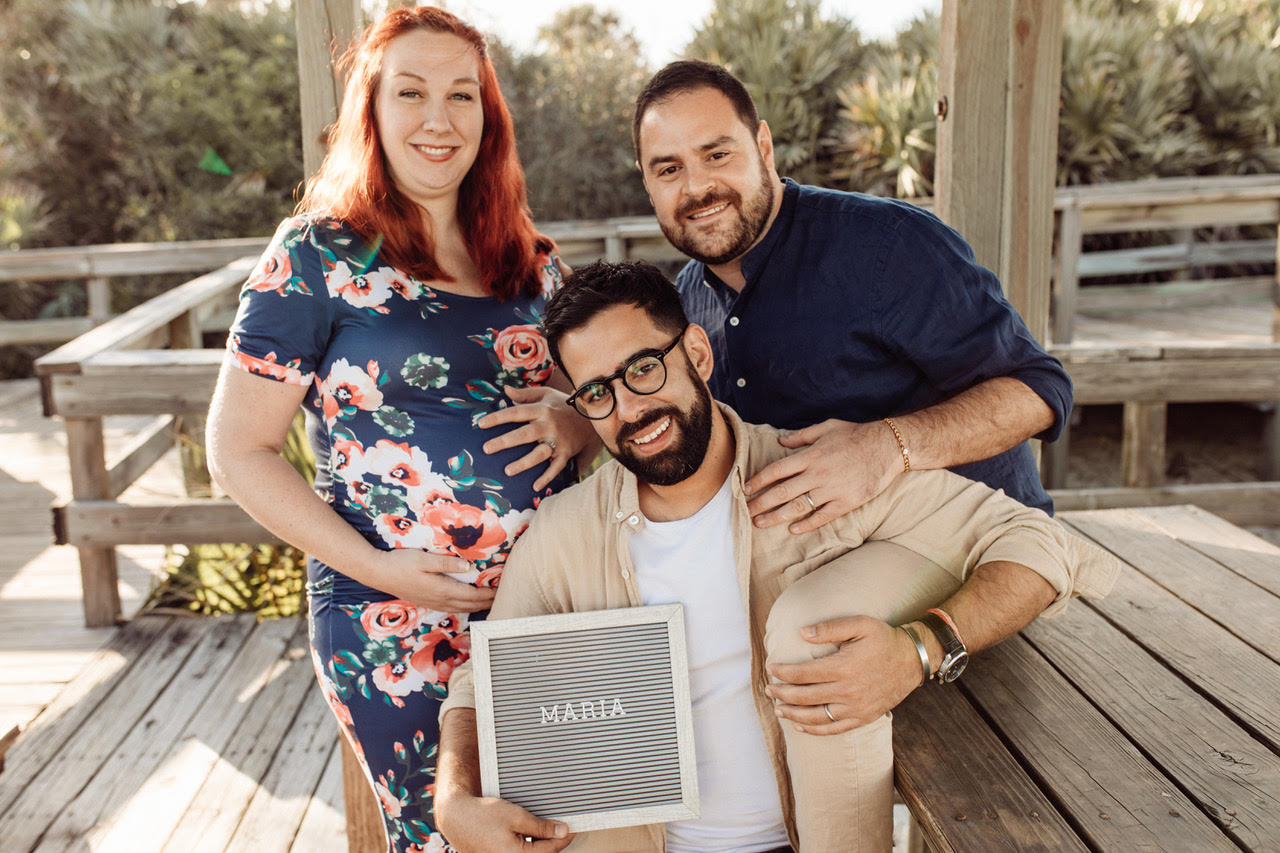 No matter what their journey entailed, Javier and Alonso said they know it will all be worth it because in less than a month, they will have their baby girl in their arms.

“We worked with Circle Surrogacy and RMACT, and we totally recommend them both,” Alonso said. “We love the teams and everyone who has helped us bring our daughter to life and to our lives. We are always open to talk to intended parents who have doubts or would like to know more about our journey. It hasn’t been an easy ride, but it has been the best one ever!” 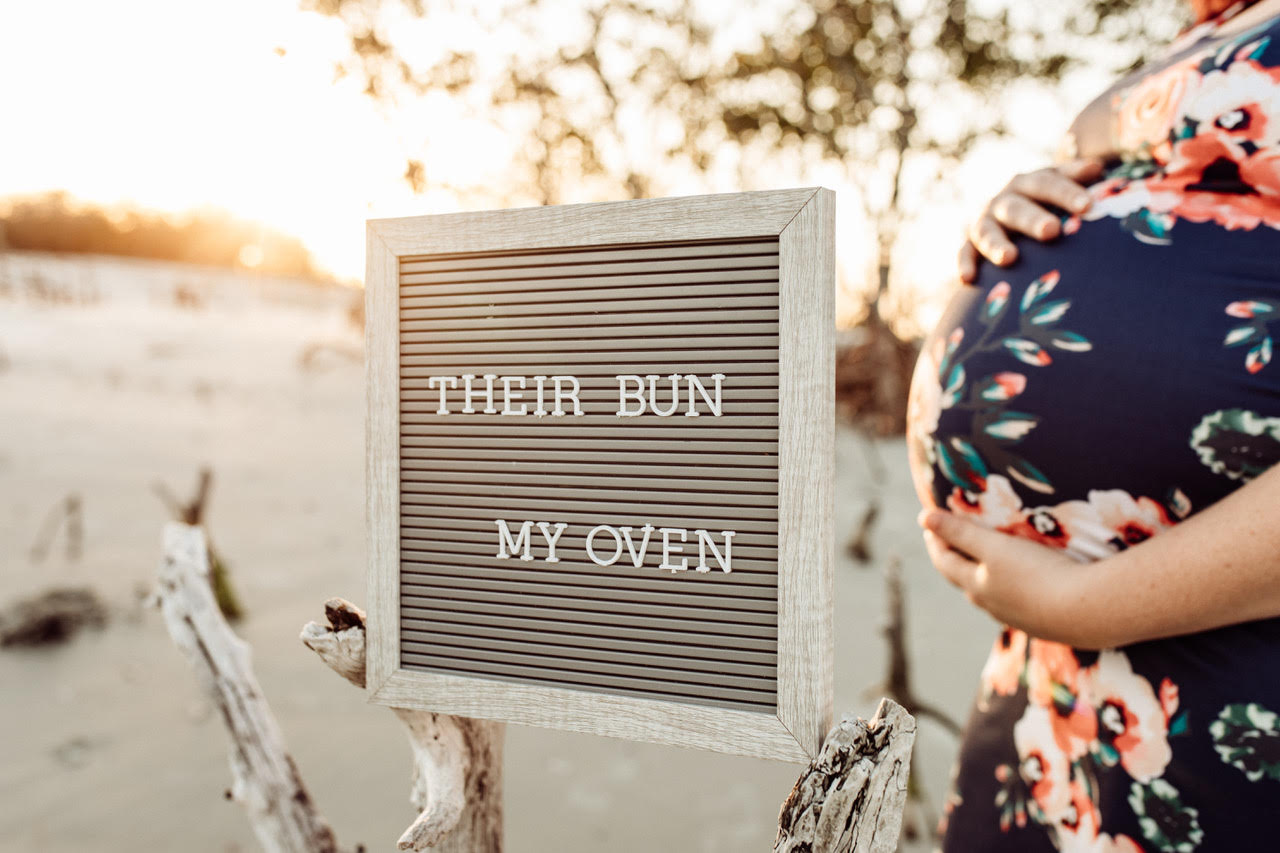