Gratitude Through a Pandemic: Tom and Ward Become Dads Tom and Ward’s journey to fatherhood included many lessons — about stress, gratitude, and fatherhood itself. But before we get into the couples’ experiences and accrued wisdom, let’s explore their background.

Tom and Ward have been together for six years and tied the knot in January of 2019. They first met at a trivia night at their local gay bar (DT’s in Melbourne – “Where every colour of the rainbow drinks”), despite living only a block away from each other. The two immediately hit it off and in their six years of being together have only been apart for a few weeks. 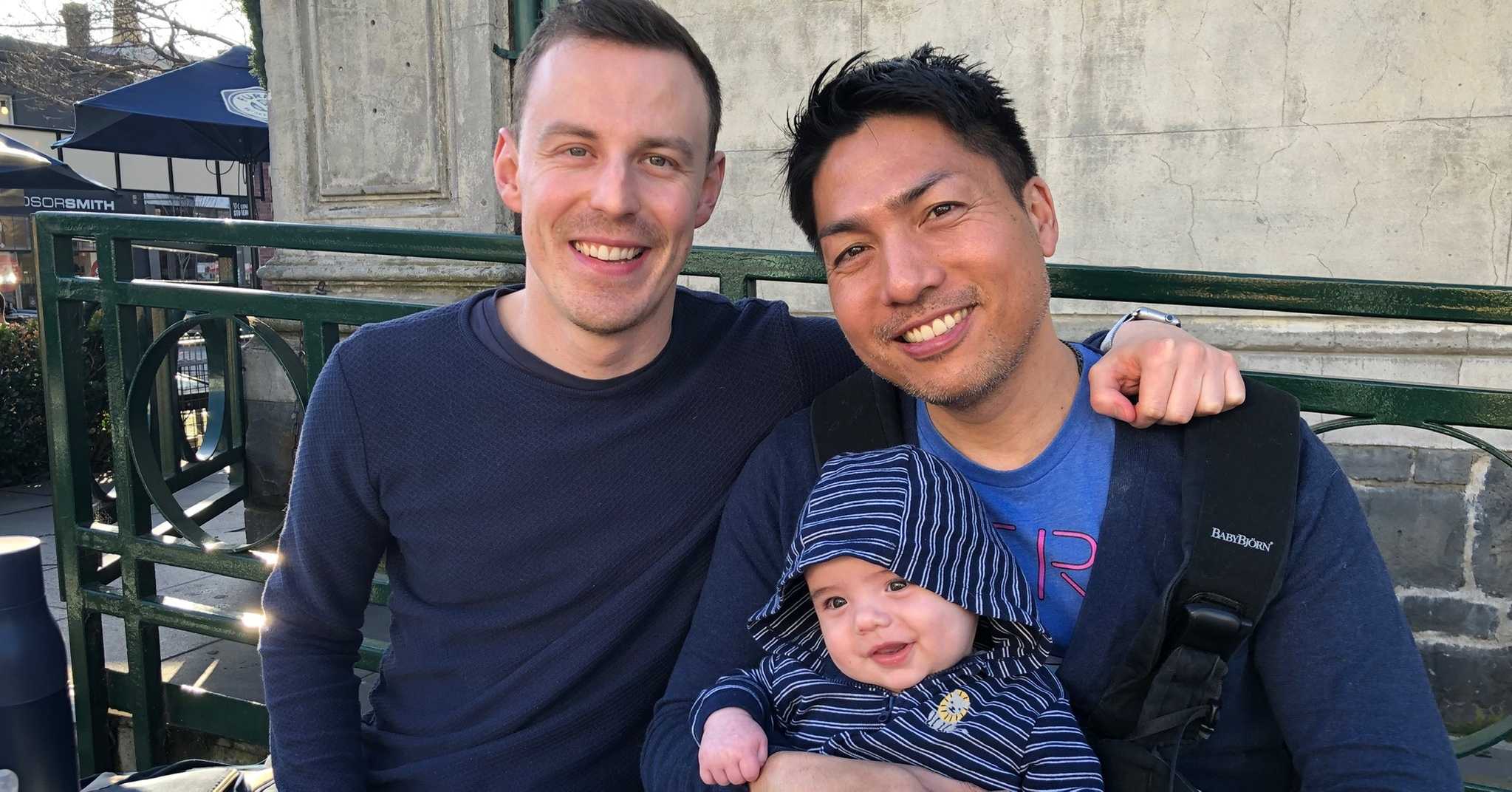 After their marriage, it was time to think about the next steps. “I’d always liked the idea of having a family, but I never really thought it was possible for gay couples until about 7 or 8 years ago,” said Tom.

“I started to see more gay couples with kids being featured on TV and in the media.”

Ward was forthcoming about his desire for a family. “He asked me on our second or third date if I’d be interested in that,” Tom revealed. “He knew exactly what he wanted and I really liked and admired that confidence.” Then, after a lot of hard work, in March of 2020, they were blessed with Xander.

But this process wasn’t without hardship, which came in both major and minor forms. The couple wanted a biological child and so chose surrogacy as their path to fatherhood, which ended up teaching them a lot about persistence and gratitude. This learning began when their first transfer was unfortunately unsuccessful, but it wasn’t the only life lesson they’d accrue through the process.

“The significant costs of surrogacy also weighed heavily on our minds,” admitted the couple. “But we were committed to making it happen and realized that an unsuccessful attempt was fairly normal and to be honest almost expected, after reading the stories of others online and in some of the gay dad Facebook groups.”

The couple pursued their journey through Circle Surrogacy and Egg Donation, discovering the agency by chance. “We heard about Circle through one of their employees, who by coincidence Ward had gone to law school with.” They also chose to work with Circle due to the agency’s longstanding experience in the industry, with over 20 years providing surrogacy services — Circle had everything the couple needed in-house.

“From legal to egg donation, to counseling and connections with IVF clinics — they were a one-stop-shop,” the couple shared. “This was important for us because navigating international surrogacy was extremely daunting and we knew it could be very expensive. We wanted an experienced agency that was upfront about its costs and one we could trust. Their experience in the business and the positive stories we’d heard from their many intended parents helped fill us with confidence that they knew what they were doing.”

Circle Surrogacy has several U.S. offices, but Tom and Ward live in Australia — so the time difference was another consideration for the couple. “Circle was fantastic at working around our schedules and time zone,” said Tom.

“We used Skype and email to stay in touch with our coordinator and she was great at responding promptly. To be honest it didn’t really feel like they were on the other side of the world. With email and video calls only a click away, we felt very connected to Circle throughout our journey – like they were perhaps in the next city or town, rather than half a world away.”

Their surrogacy process concluded with the birth of Xander in March, meaning they have also had to deal with a problem that’s affecting all of us: the Covid-19 pandemic. As Xander was born in North Carolina, Tom and Ward had to travel to him, collect him and bring him back to their home.

“Navigating the COVID-19 pandemic to come home was a little tricky,” recounts Tom. “We ended up needing special permission from the Australian Government for Xander to travel home with us as he wasn’t an Australian citizen at the time of our flight.” The couple then had to deal with a flight cancellation, pouring rain, soaked suitcases and then, on top of all that, heading to the wrong hotel as they awaited travel confirmation. “It was a rather stressful experience with an 11-day-old newborn,” admits Tom.

“Thankfully we could fly out later the next evening once the government approved our travel,” he said. “It’s even more difficult for intended parents to come back home to Australia right now due to further travel restrictions, so we feel very lucky to have had only minor difficulties, even though they felt very major to us at the time.” Throughout their journey, Tom tells us that one of the main things that helped him and Ward during difficult moments was to “shift our mindset to one of gratitude.” For many, the path to parenting as an LGBTQ person isn’t easy, so practicing being thankful, Tom explains, can help you to appreciate the whole process for what it is: a labor of love.

“We realized we were the lucky ones. We had the means and opportunity to have a shot at it, even if we weren’t sure we’d score. That mentality gave us hope.”

Tom has some wise words for other queer men and couples considering fatherhood: “Don’t give up — You’ll have setbacks and they can be heartbreaking, but if you keep focused on your dream you can make it happen. Reach out to other gay dads you know, or find a network online. Their support and advice will be invaluable throughout your journey.” 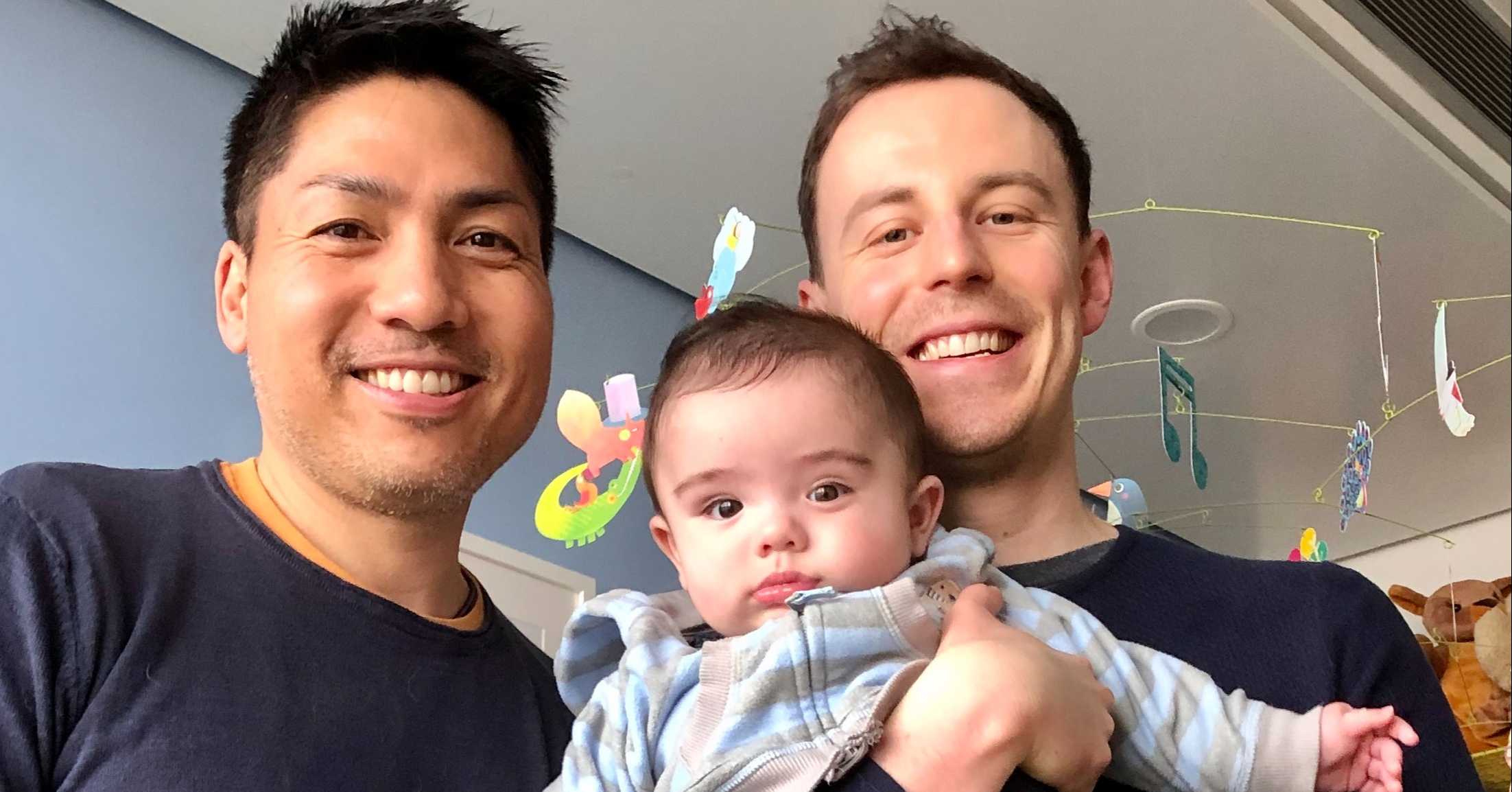 Tom and Ward were lucky to have a wide network of support throughout their journey, from their families to the friends they made along the way.

“While straight friends and family will likely do their best to understand and listen, having a network that knows what you’re going through will really help in the difficult times. Our gay dad friends helped to manage our expectations when things didn’t go to plan straight away.”