“It Will be Worth it”: Blake and Matthew Share an Update on Their Adoption Journey It won’t be easy, they said. There will be ups and downs. It will be an emotional rollercoaster. But it will be worth it.

It’s been just a mere three months since our home study approval and we have already felt the loop-de-loops and side winds of adoption. Some of the hardships we faced were ones we expected, and others have come as complete shocks. While no one can predict what will happen on anyone’s adoption journey, it certainly has helped us to be connected with others who have already gone through it themselves for advice, empathy, and, maybe, some fair warning. Hopefully as we continue through our adoption journey, sharing our stories and some of the hurdles we have had to jump through will help others, too. 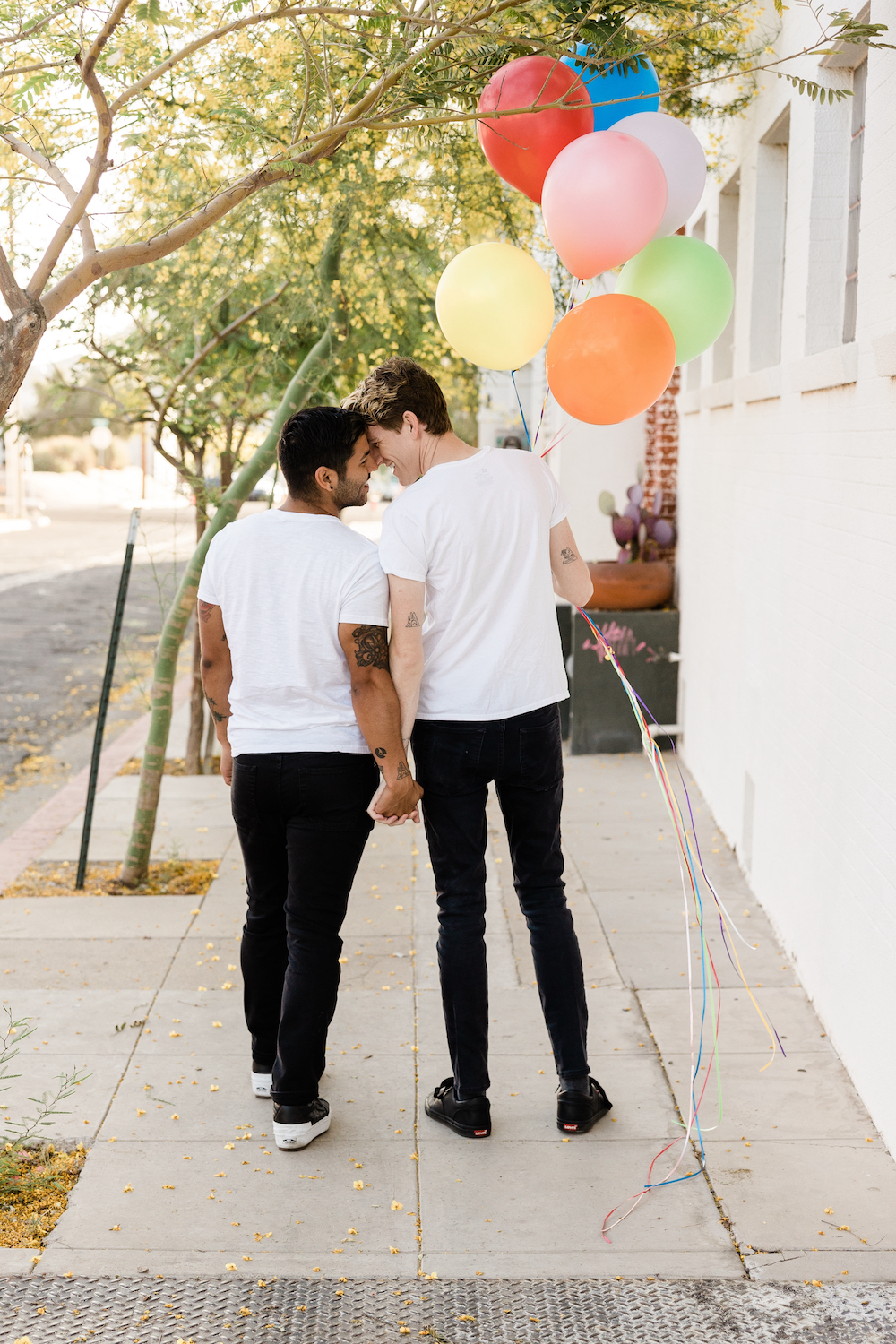 We are fortunate to be surrounded by friends and family who have not only embraced our decision to adopt but they also encourage and celebrate it. These people know not only how much we want to be dads, but how much we are meant to be dads, and with that knowledge they have rallied around us and shown nothing but support and interest in the steps we are taking.

I imagine it’s much like when a couple is trying to conceive and their friends and family are constantly asking them – any baby update yet? Wait… it’s exactly like that. While their intentions are so pure and it is so nice and reassuring to know that other people are also anxiously awaiting some exciting news, when you don’t have any exciting news to give it can feel a little like you’re raining on their parade. And it’s your parade, and you don’t want it to rain!

I’ve told many of my close friends and family – when we have news, you will know! Until then, assume we don’t have any. But the questions keep coming, and I keep smiling and saying “no updates yet!” Of course, then I check my email to see if there are any updates. Then I think, why aren’t there any updates?! Then I take a deep breath and remember what they said… it won’t be easy. There will be ups and downs. It will be an emotional rollercoaster. But it will be worth it. 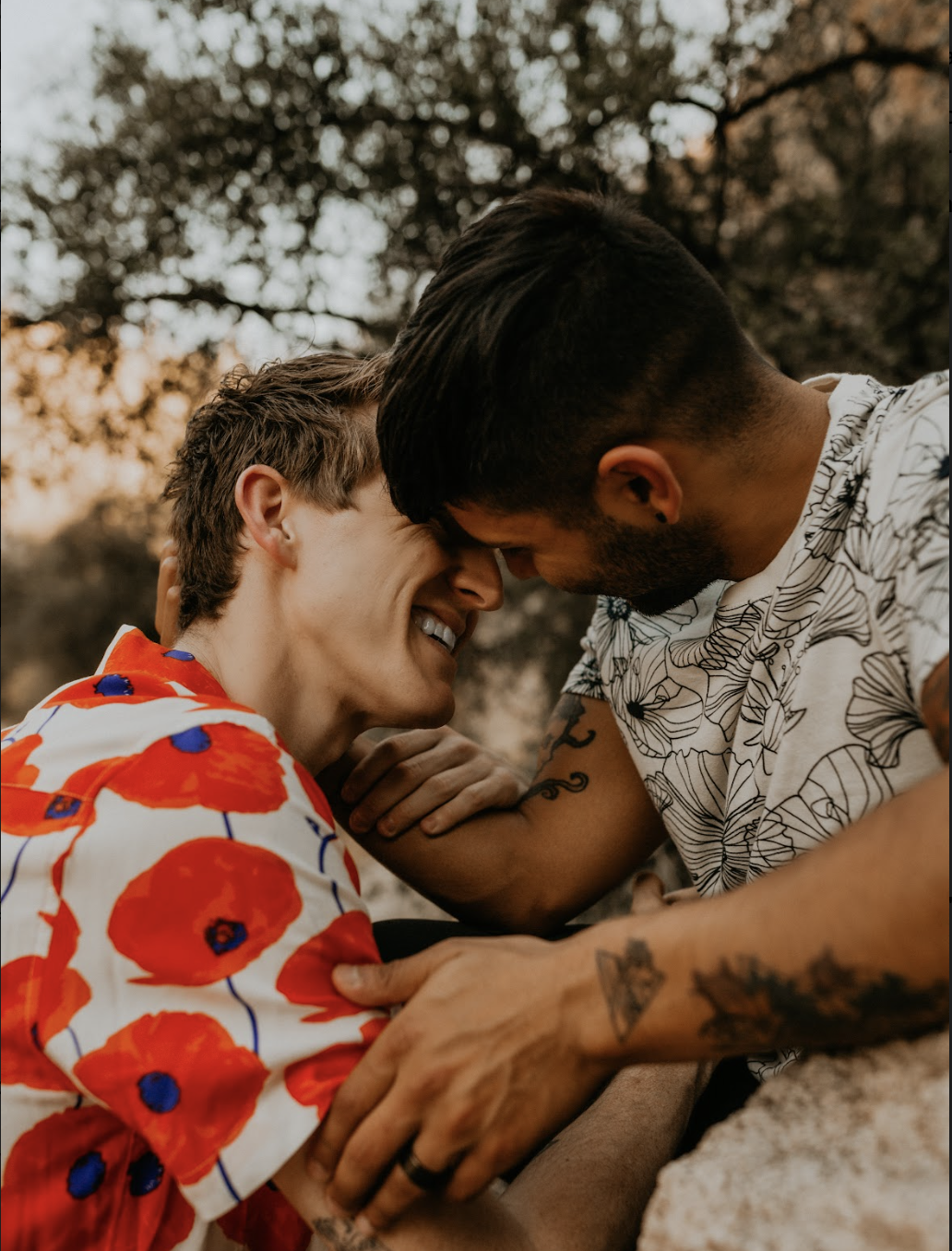 Inquiring minds were something we expected, and of all our complaints thus far adoption-wise, it’s small potatoes. Like I said, it’s great to know people care.

One struggle we have encountered was not expected, though, and it came as a double-whammy. Part of the adoption process, of course, is sharing your life story with potential birth parents in hopes that they will pick you to adopt their child. Since, for the time being, we are not using an agency that has a pool of birthmothers and have opted to pursue independent adoption, we are sharing our life story with the world in hopes that somewhere out there amidst the giant net we are casting there is a birthmother or birthparents who will notice us, show interest, and ultimately pick us!

We built our adoption website, began posting updates on social media, and pursued other routes to help get our names and faces out there. We shared photos of our home, our dogs, and our families. Unfortunately, in doing so, some of our family members felt that we over-stepped and over-shared about them. While we completely understand why anyone would not want their photos posted on someone else’s social media, it was honestly something we didn’t even think twice about previously. We had been told by everyone to share all of the important people in our lives, so we did. We felt terrible that we had done anything to make someone we love feel uncomfortable. We also felt terrible that someone might not want to be included in the story of our life. Ultimately we calmed down a bit and realized that likely was not the issue, no one was disinterested in being a part of our story, they just wanted a little more anonymity. And that’s okay. So we moved forward posting with an air of caution.

That’s when we upset a different family member. This time, we posted too little. They felt like their child wasn’t being highlighted as a prominent member of our family and our life. This child is so important to us and we certainly included them on our website and our posts, but not as prominently as some of the other children in our lives who we are able to see more often. Again, we felt terrible. We would never in a million years want anyone in our lives to feel under-appreciated. The truth is, the kid in question is one of our favorite people in the world. We also felt terrible knowing that, like many things in life, you just can’t win. But then we remembered what they said… it won’t be easy. There will be ups and downs. It will be an emotional rollercoaster. But it will be worth it. 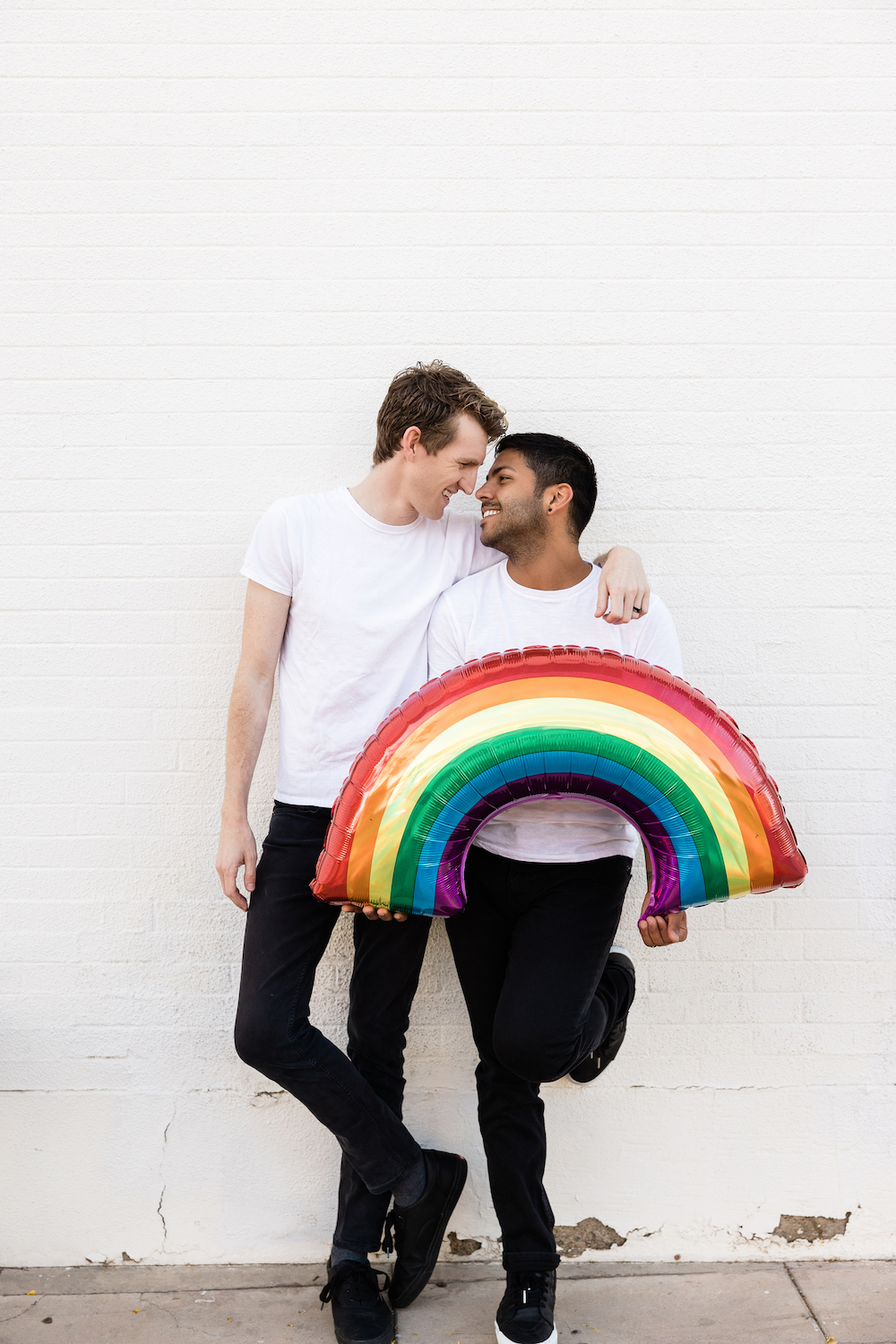 Finally, we have had our fair share of online trolls. This is something we were anticipating, to an extent. Being in a same-sex relationship, we have become pretty familiar with receiving hate-filled comments or barfing face emojis on Instagram photos of us. We knew that there would be a small but loud group of people who do not believe that we, as a same-sex couple, deserve to be parents. It’s frustrating and obviously gross, but it’s not something we aren’t somewhat used to – or at least expecting – at this point.

What we didn’t expect, however, were the trolls who are not just against LGBTQ+ individuals, but are against adoption in general. It came as a shock to us that there were people out there who do not think adoption can be a positive experience. While we are well-aware that adoption is not an easy road for anyone involved and there are traumas that adoptees, adoptive parents, and birth parents can all face, we are firm in our belief that wanting to give a child a loving home is never a bad thing. We weren’t prepared to be bombarded with attacks from people who claim that we are trying to steal someone’s baby. Obviously, we know that isn’t the truth, and we know that adoption can be a beautiful gift for everyone involved. So, as we deleted messages attacking our character and blocked trolls that were threatening us, we remember what they said… it won’t be easy. There will be ups and downs. It will be an emotional rollercoaster. But it will be worth it.

Most things in life that are worth anything don’t just fall into your lap, but if there’s a stork out there who is looking for a target to aim for… we’re sitting right here! Until then we will keep moving forward knowing that we are on the right path toward growing our family, reminding ourselves along the way what they said. It will be worth it.