Stories Gay Dads Tell Their Kids About Adoption and Surrogacy We’ve published over 1,200 stories on Gays With Kids, many of which were written to help gay men become dads and to help gay dads navigate fatherhood. Within the pages of our website, you’ll find inspiring and even heroic stories involving families created through adoption and foster care, surrogacy, co-parenting and heterosexual relationships. Throughout each of these stories are two common themes: the incredible loving bond between dad and child, and the realization that even those who share similar paths to fatherhood encounter experiences that make their journeys uniquely their own.

Like any family, our kids are interested in learning how their families came to be. Given the inherent complexities involved in creating many of our families, it can seem like a complicated task. To help you, we’ve shared the stories we created for our own families.

We adopted our son at birth and his twin sisters joined our family through surrogacy just 17 months later. Here are the stories we share with them about how our family came to be.

But let me begin at the beginning. Once upon a time, there were two people, Brian and Ferd, who loved each other very much. How could they be so sure? That’s easy: they knew it in their hearts.

Brian and Ferd had loved each other for a long time and they were very happy. But in their hearts they knew something was missing. No, not something; someone. They really wanted a family. Little kids they could take care of, watch grow up and love as much as any kids had ever been loved. How could they be so sure? That’s easy: they knew it in their hearts.

Brian and Ferd are boys, and boys can’t have babies growing in their bellies. So they asked everyone they knew, and lots of people they didn’t know, if they knew of a baby who needed a family. They looked for weeks and months and years. It was taking so long they were beginning to think it would never happen. 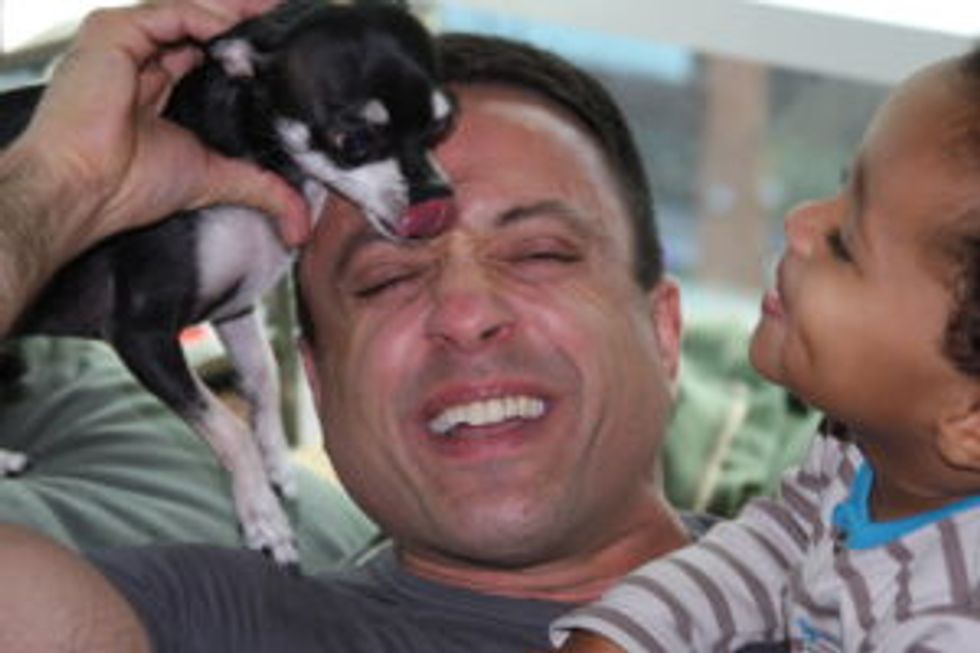 But then, one day, Brian and Ferd got a phone call. They were told that a woman in Brooklyn had just given birth to a baby boy. This woman couldn’t take care of the baby, so he needed a family. Brian and Ferd were asked if they could give this boy a loving home.

Give the boy a loving home? Of course they could! For all these years this is what they had been hoping for! They rushed to the hospital in Brooklyn, and there they laid eyes on the most amazing boy, with the shiniest black hair, the softest caramel skin, and the cutest dimple on his left cheek.

I told you, this is the story of a boy. That boy. The moment Brian and Ferd saw that boy, they fell in love with him. They became his Daddy and Papa and name him Levi Parlow Rosenberg-Van Gameren, after different family members. They knew they would love him forever and ever. How could they be so sure? That’s easy: they knew it in their hearts.

Ella and Sadie – A Surrogacy Story

This next story is about two girls. Not just any girls, oh no. This is the story of the two most special girls in the world.

But let me begin at the beginning of this story too. Papa Ferd and Daddy Brian now had a son Levi, and they were even happier than before. But they wanted Levi to have siblings so they could all play together. They were really hoping to have a larger family, with more little kids they could take care of, watch grow up and love as much as any kids had ever been loved. How could they be so sure? That’s easy: they knew it in their hearts.

But, as you know, Papa and Daddy are boys, and boys can’t have babies growing in their bellies. So this time, they looked for a woman who could grow their babies in her belly for them. They looked and looked and looked and finally, they found her in West Virginia. The name of this very special woman was Annie*.

Annie said she would love to carry and give birth to Daddy and Papa’s babies. And so she did: for almost nine months (that’s how long it takes!) she had two little baby girls growing in her belly. And when it was almost time, she went to the hospital. Just a few minutes later two little girls were born. 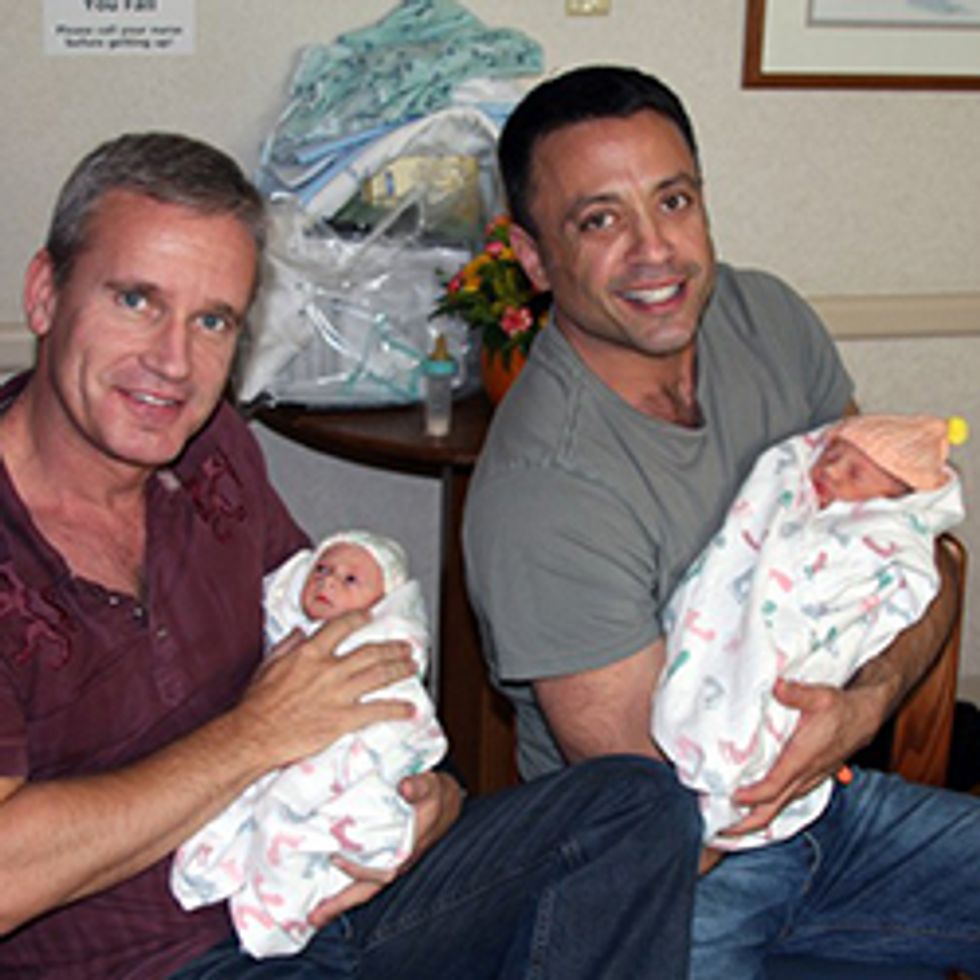 Brian & Ferd with their twins Sadie (left) and Ella just a few hours after their birth.

I told you, this is the story of two girls. Those two girls. Daddy and Papa arrived at the hospital, rushed to Annie’s room, and there they laid eyes on those two most special girls in the world. One was a little bigger, with lots of gorgeous dark hair, the most beautiful hazel eyes and the longest eyelashes; they named her Sadie Nel Rosenberg-Van Gameren. The other one was a little smaller, with the fairest hair and the clearest, bluest eyes; they called her Ella Judith Rosenberg-Van Gameren.
As soon as Daddy and Papa laid eyes on these girls, they fell in love with them.

They knew they would love them forever and ever. How could they be so sure? That’s easy: they knew it in their hearts.