These Dads Chose Both Surrogacy & Adoption To Form Their Family Florida dads Chris and Alejandro Garcia-Halenar met in 2010 through a mutual friend, and they got married in 2012, just a few months before their first child was born.

“Our first son, Xander, is a surrogacy baby. His birth plan, his surrogate, his 9 months, his delivery was all perfect,” Chris explained. “It wasn’t long after his arrival that we began planning for kid number two, Max. This time, the journey was not so perfect.” 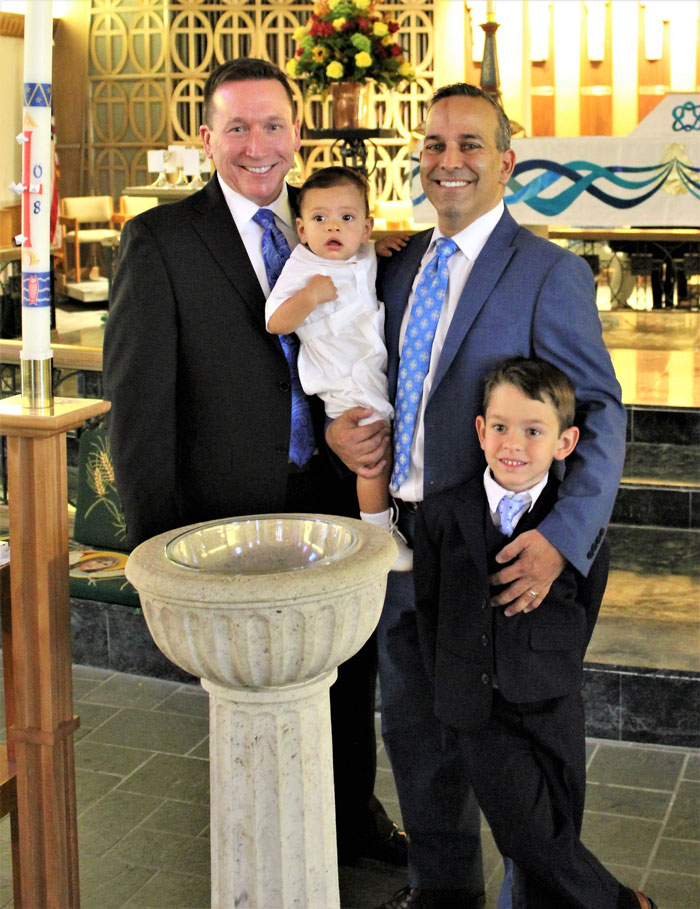 Chris and Alejandro ended up going through several unsuccessful surrogacy and adoption journeys before they finally had Max. But they said it was totally worth it in the end.

The couple’s initial plan was to follow the same path with Xander’s surrogate in Sacramento, California. Unfortunately, she had health challenges that prevented her forward path for a second surrogacy.

A short time later, Alejandro and Chris matched with a new surrogate in Little Rock, Arkansas. The first embryo transfer was successful, but only temporarily, and the second round did not take at all.

“We were out of embryos. But we did not give up,” Alejandro said. “We opted for another path – adoption. Our goal was to be placed with a newborn with a guaranteed quick adoption. But we learned in the world of foster-to-adopt, guarantees do not exist.”

The husbands then shifted course to private adoption, and they were placed with a birth mother in Miami, Florida. Excited for their second child, the dads prepared themselves for the arrival of their next baby, who they planned to name J.R.; Justin Reynaldo, named after their fathers.

Sadly, one week before his anticipated arrival date, J.R. was pronounced stillborn.

“We were crushed,” Chris said.

After grieving the loss, the couple decided to cast a wider net. They partnered with a private attorney who specializes in adoption, and they were introduced to an expecting birth mother in Phoenix, Arizona. This time, Chris said, the relationship with the birth mother was different.

“She was forthright in admitting to drug use prior to the pregnancy and alleged to be drug-free after learning about the baby,” he explained. “We flew to Phoenix to meet her. An hour before our meeting, we were informed she would not meet with us unless we paid a large sum of money to pay for medications needed as a result of the pregnancy.”

Chris and Alejandro said they offered to pay the pharmacy directly, but the birth mother refused. The attorney also offered to provide the money once prescriptions were submitted, but she also allegedly refused that.

“She insisted the cash money be paid directly to her,” Chris said. “At the advice of our attorney, we terminated the relationship.”

Despite another blow to their hopes, Alejandro and Chris decided not to give up on expanding their family. 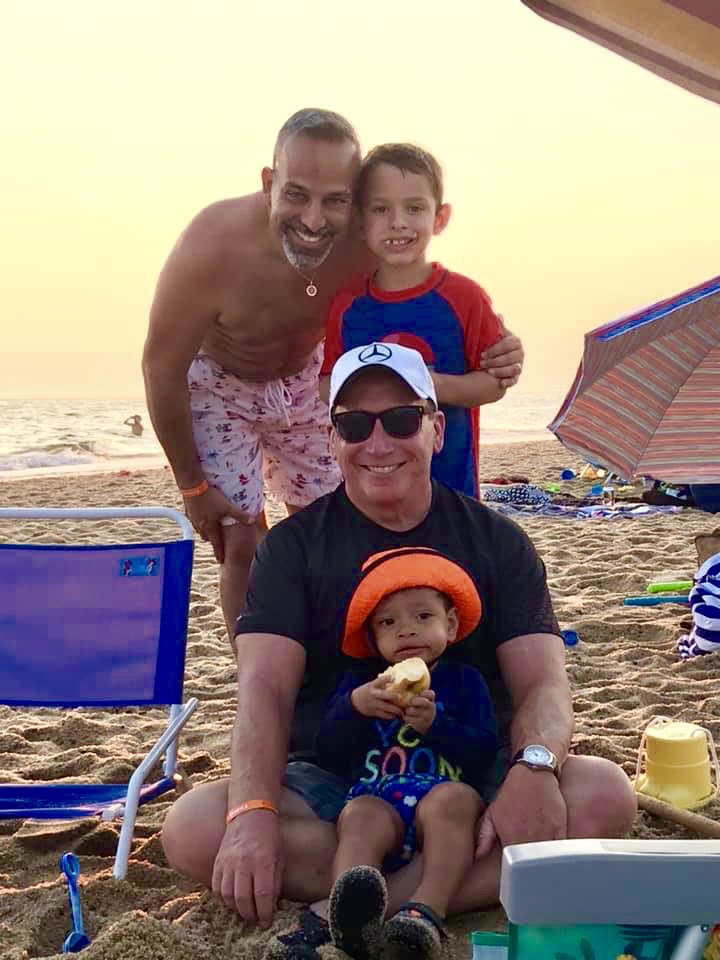 A few months later, a birth mother in Gainesville, Florida said she wanted to meet Chris and Alejandro. They were informed that they were among three couples she was considering, so they traveled up to meet her. Unfortunately, we were told soon after that they had not been chosen.

“It was one disappointment too many,” Alejandro said. “We decided to stop our search.”

Just a few weeks later, in mid-2017, Alejandro received an unexpected call from the adoption agency. He said it was like their version of winning the lottery. Once he hung up, Alejandro excitedly told his husband what he’d just learned.

“[I said] ‘There is a birth mom, who wants to meet us. She ONLY wants to meet us,’ and for the next five minutes I rattled off every detail as quickly as I could; no drug or health issues, she’s already 7 months pregnant,’ then I paused and said ‘Babe? Chris? Are you there?’” Alejandro said. “Chris’ silence was broken by intermittent sobs.” 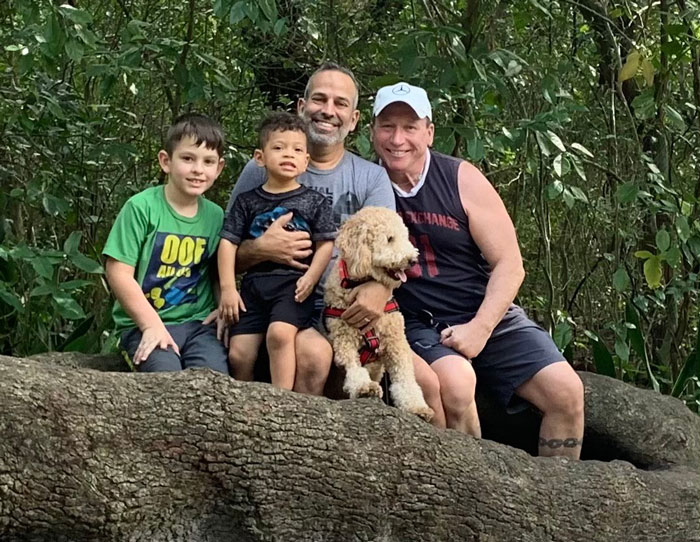 When baby Max arrived, the dads were in the delivery room. The last thing his birth mom said to them before she was wheeled out was, ‘You have a beautiful son.’

Now a family of four, the Garcia-Halenar’s live together in Davie, Florida. Xander is 9-years-old and Max has just turned 4-years-old. 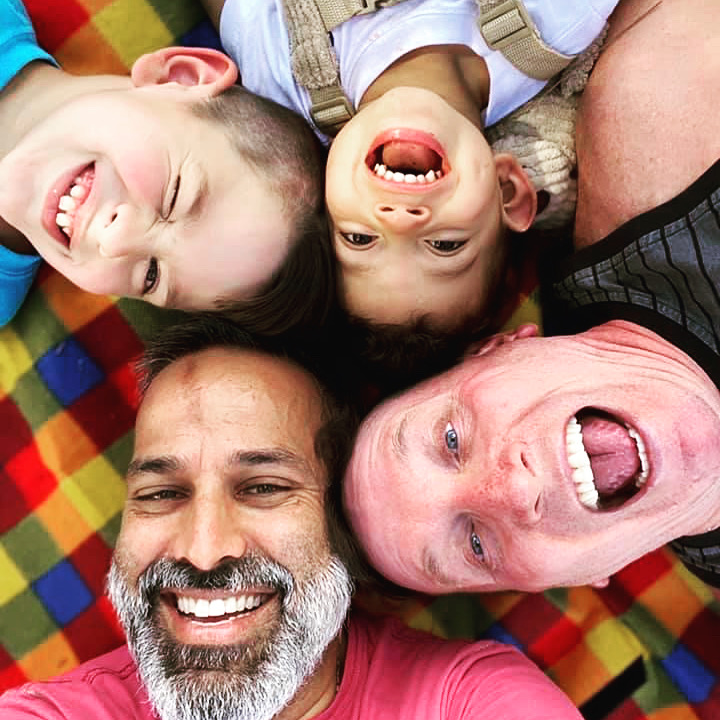 Chris said they are not the typical dads you might meet at a PTA meeting.

“Alex will turn 50 this year and I will turn 60,” Chris explained. “We are also both crazy-creative and are training our boys to have the same skills. We are also multiple-year Family Winners at the annual Halloween Event in Wilton Manors. We’ve been Vikings, Pharaohs, SteamPunk, Astronauts, and The Beatles.” 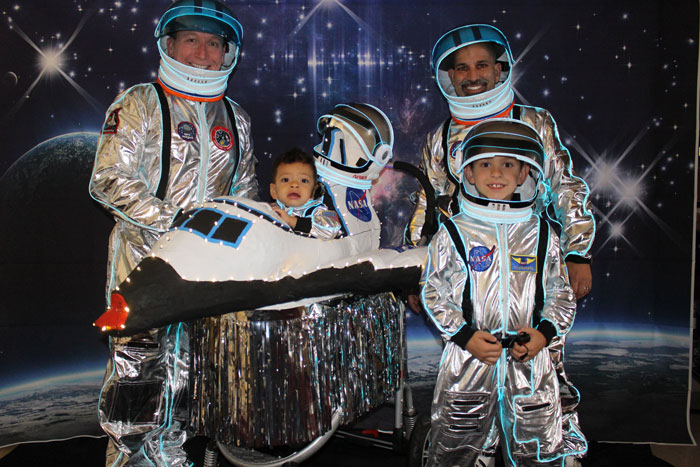 When it comes to advice for other gay men and couples who are considering ways to start their own family, Alejandro said try to consider all paths, but know that the journey will not be fast.

“The process of surrogacy and private adoption is not quick,” Alejandro said. “You need to have patience, and most of all, never give up hope.” 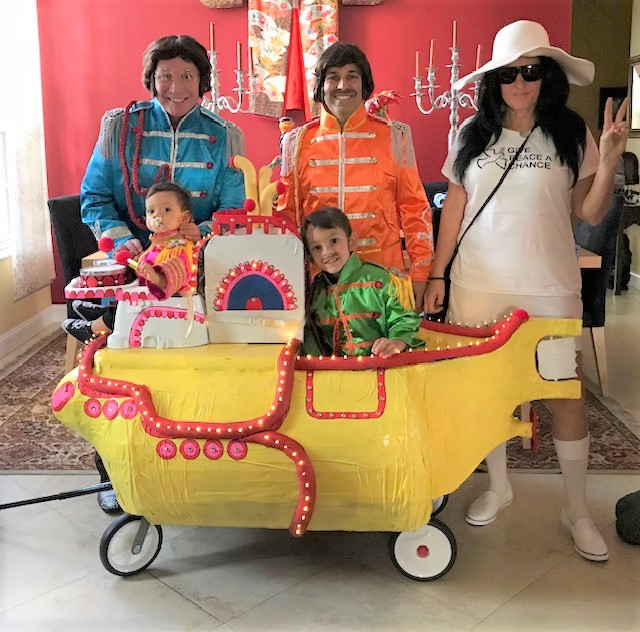 Chris, a children’s author, has written three kids books about his family’s experiences; “Xander’s Story,” which discusses their surrogacy journey, “The Adventures of Little Miss Crazy Hair – The Girl with Curl,” written for their bi-racial adopted niece in celebration of her fabulous hair, and “The Journey to Max – An Adoption Story,” which will be released June 1st, 2022.