Jamie and Kenny have been all over the world. To be precise, they have traveled to 66 countries. So far, they hasten to add. And they used to live in London. But in their own minds, they are still two small-town country boys from Louisiana.

Their story together started in 1992, when both men were young students (Jamie was born in 1974, Kenny is just six months older) from similar backgrounds at the same university in Louisiana. A mutual friend introduced them at a cafeteria, and they hit it off.

They hailed from very small and very religious communities that disapproved of homosexuality. Without any positive role models, Jamie and Kenny had internalized those negative views: The way they looked at their own lives, they assumed they would lead lives of ridicule, be unwilling to commit to one partner, would contract HIV and soon after die of AIDS. 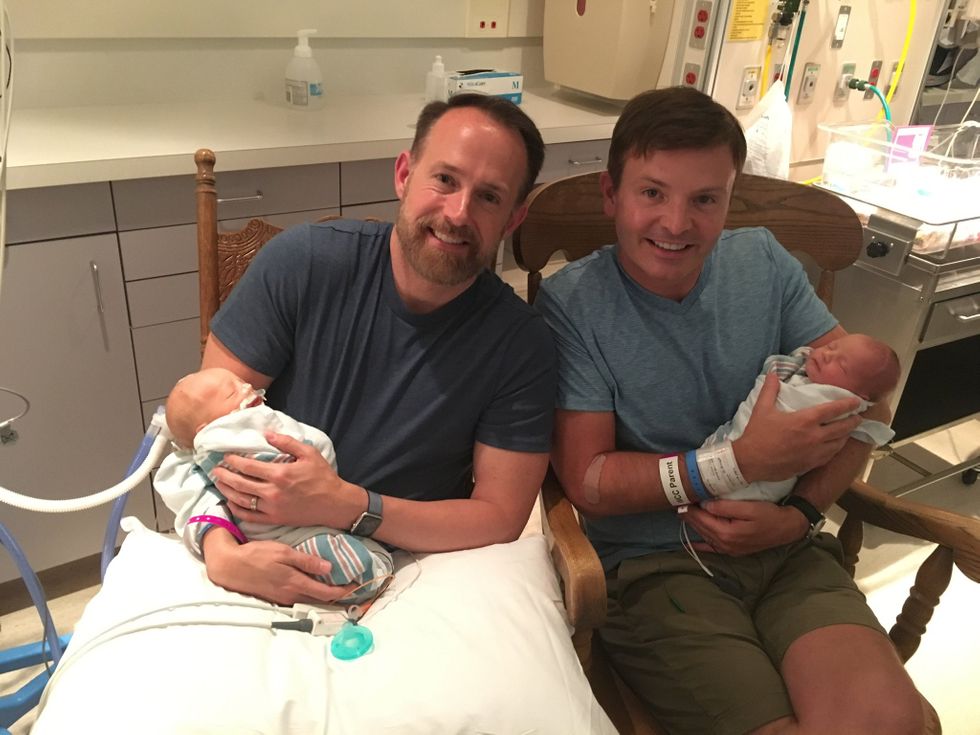 When they found each other, they realized that a stable relationship was what they both wanted. In 1992, marriage and children weren’t in the realm of possibilities; they weren’t even thoughts.

Despite these challenges ­­–– some real, some imagined –– they stayed together through their college years. They threw themselves on their work. They moved to the big city, New York. And finally, with a work transfer for Jamie, they undertook a move to London. They even managed to obtain British citizenship and a few years ago they became, technically, British-Americans.

Meanwhile, the world had been changing for the better. Seeing more and more same-sex families, the men began to dream bigger and bigger. When marriage became a possibility, Jamie and Kenny had a wedding in Provincetown, Massachusetts, in September 2008. 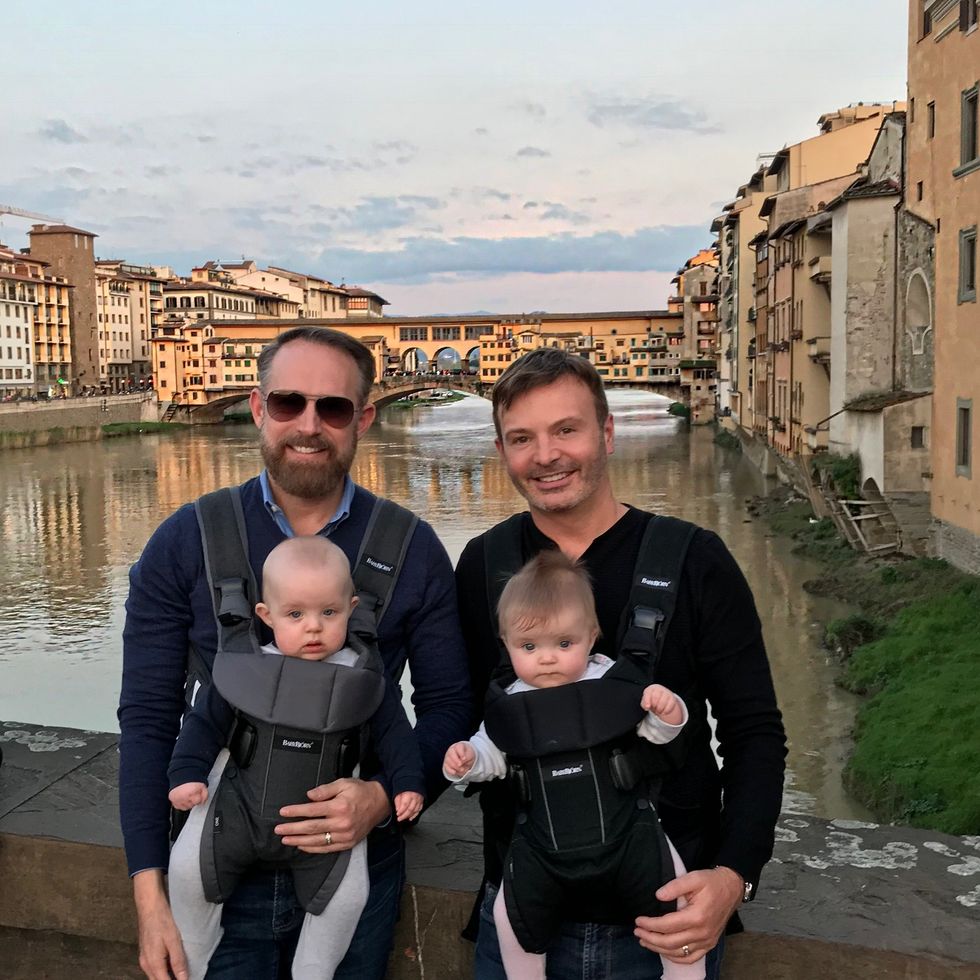 From their home in London, they began envisioning a future for them as dads. They looked at several options. Their personal circumstances –– Americans living in the United Kingdom –– made adoption extremely complicated. Surrogacy then became the preferred way of creating a family. While they were saving money to cover the enormous costs of the entire process, they identified a fertility clinic in Idaho they wanted to work with; soon they found a surrogate in Illinois.

At the end of 2016, they and their surrogate became pregnant with twins, one girl, one boy. With the Atlantic Ocean between them, the pregnancy presented some particular challenges. Appointments with doctors in Illinois were attended via FaceTime and Skype. Other information was shared via phone, email or text message. 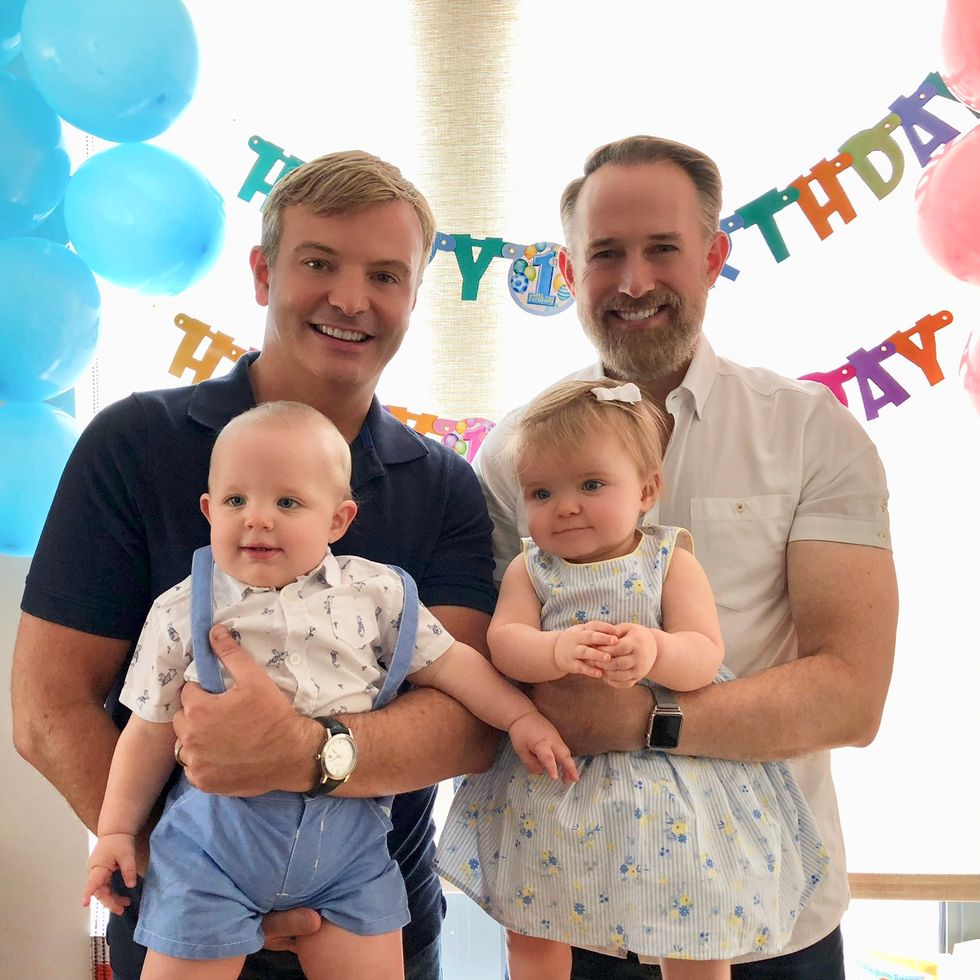 Before they embarked on their surrogacy journey, the men and their surrogate had made clear to each other what their expectations were and how they would communicate. As a result of that, and because of the relationships that they forged between them, their arrangement worked very well.

Of course, not all anxiety can be overcome that way. The men were very aware of the inherent risks, both to the surrogate and to the babies, of a twin pregnancy. Out of a desire to be physically closer to their surrogate, they struck a deal with their British employers that allowed them to work remotely from America. And only 10 days after they relocated to Chicago to be closer to their Illinois-based surrogate, their twins were born prematurely. 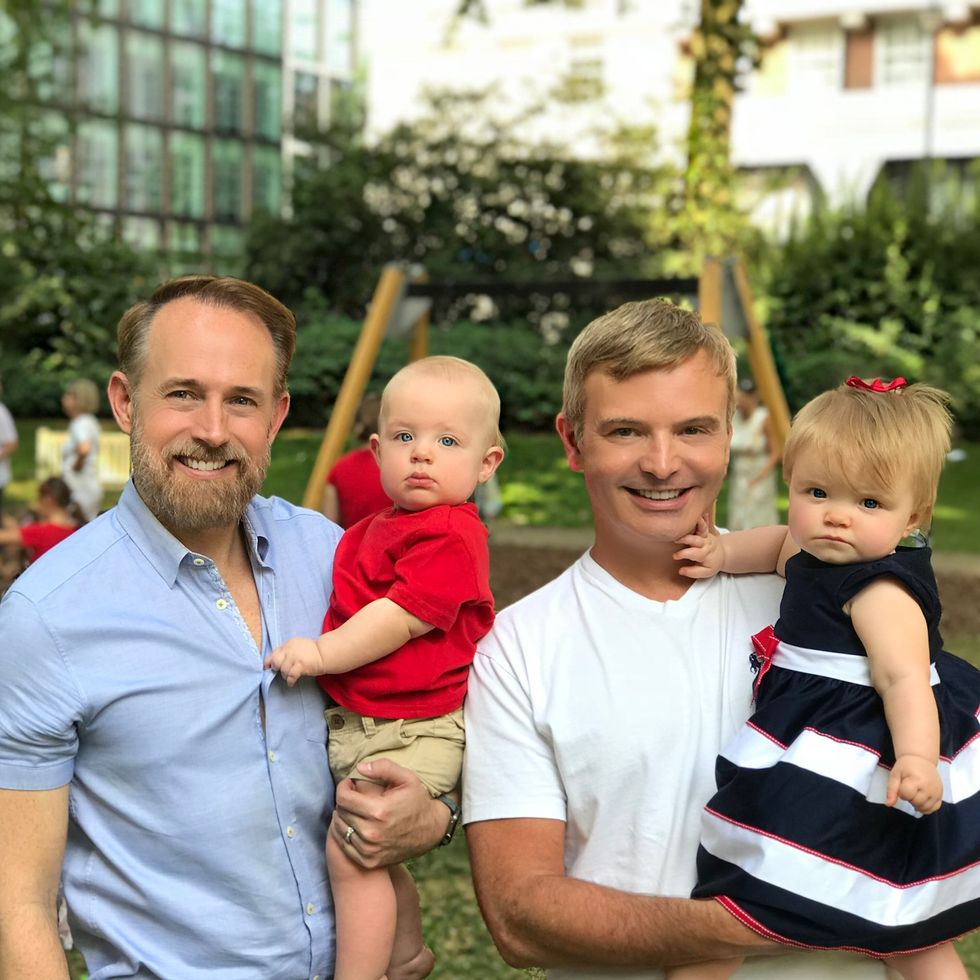 That day in July 2017 was the scariest and happiest day of their lives. And only when their kids were born, Kenny and Jamie finally felt complete.

The new family of four flew back to London where they remained until being transferred more permanently to New York City earlier this year.

James continued to work as a chief compliance officer for a British bank, while Kenny became a stay-at-home dad.