We are mere days away from the November 3rd election, which will decide whether we will be subjected to another four years of an administration hellbent on dismantling rights for queer people, piece by piece — or a new one, led by a man who has promised to pass the Equality Act, a piece of pro-LGBTQ legislation, within the first 100 days of his tenure.

With everything on the line, when we checked in with gay, bi and trans dads on Instagram about how they’re feeling about the election, it should come as no surprise that our community is pretty evenly split, between hope and fear. 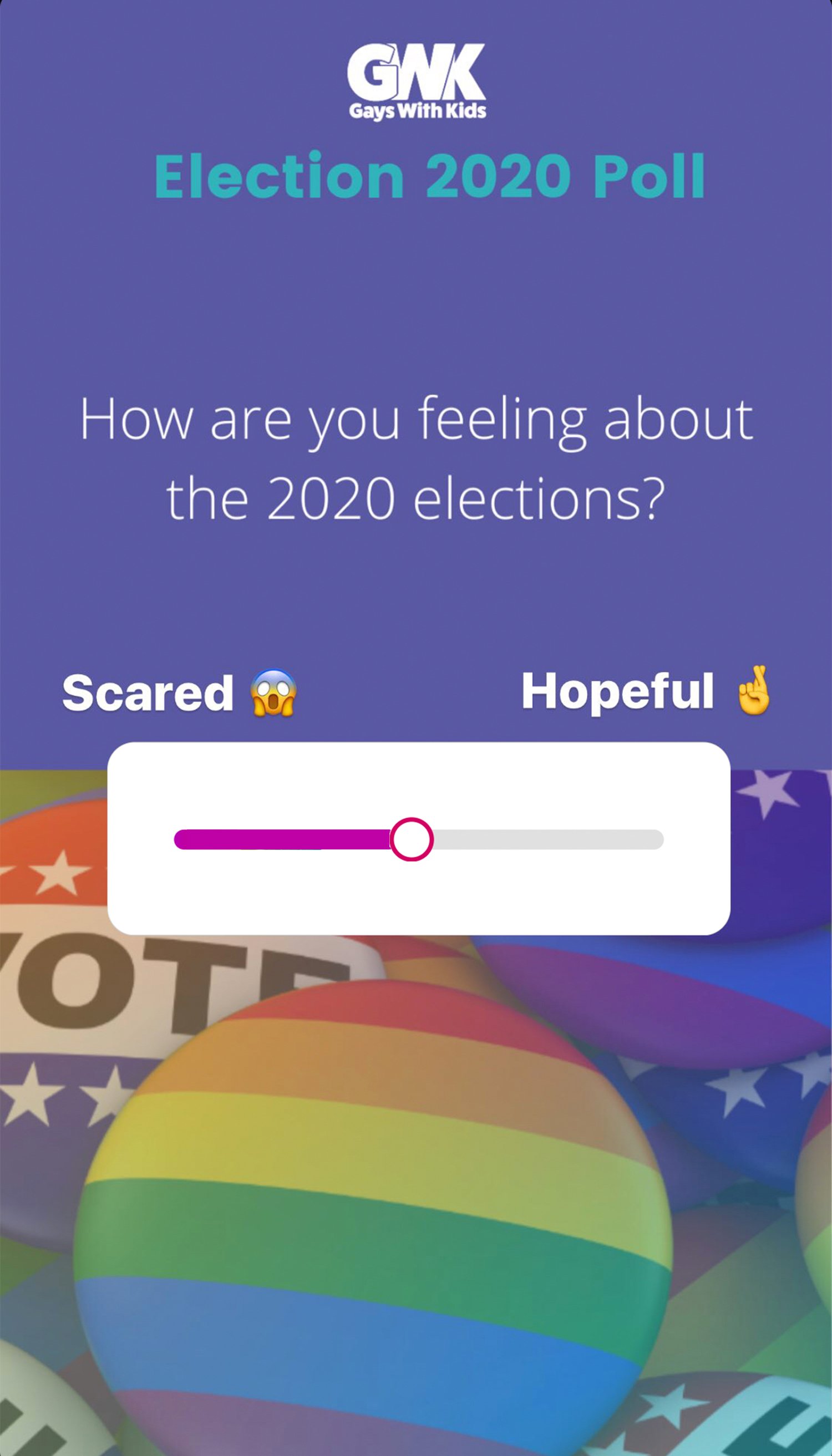 As one dad in our poll told us, his “greatest fear” is that a Trump victory “will mess with my rights and my family.” Even if Biden wins the election, many dads fear the current administration won’t accept the outcome. “He’s going to try to steal this election,” said one dad, adding he was afraid of “violence at the polls,” and afterwards, once the results are announced.

Every four years, we’re told by political pundits that this election will be the most important of our lifetimes — but in 2020, this political cliche has never felt more true. The outcome of the November 3rd elections for president and congress in the United States will reverberate for generations to come, impacting health care, voting rights, and the very nature of our democracy.

There is no denying that the rights of LGBTQ people and their families are also on the line. What will Justice Amy Coney Barrett, now that she’s confirmed to replace Ruth Bader Ginsburg on the Supreme Court, mean for the future of marriage equality? How might our rights to serve as foster care and adoptive parents be impacted? What will the next four years look like under a Trump compared to a Biden presidency for LGBTQ people?

Despite the palpable anxiety LGBTQ people are experiencing right now, Jim Obergefell — plaintiff in the Supreme Court decision that brought us marriage equality — said he remains “hopeful” during a webinar we hosted with him and other advocates from Family Equality, Human Rights Campaign, and Lambda Legal. In particular, he reminded us that, regardless of the outcome of the election, we will always have agency over our own lives and stories.

“Stories have so much power,” he said. “Tell your story. Tell your family’s story. Help others understand why you’re afraid. Help them understand that your family is no different than their family — we all want the ability to love someone and create our own families.” 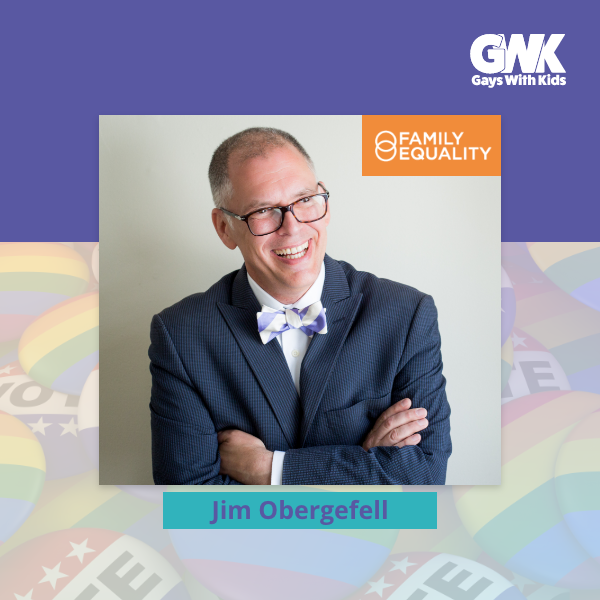 As the editor of a site that has helped tell the stories of hundreds of gay, bi and trans men on their path to parenthood, I couldn’t agree with Jim more. Our stories have power — and telling them has helped raise the visibility of queer fathers across the country, and world, helping other LGBTQ people realize that parenthood is an achievable dream. It’s also helped show the family members of queer people that our families are no different than any other.

That’s why, regardless of the outcome of the election, we will continue to tell the stories of queer men as they navigate fatherhood — because no matter who sits in the White House, or on the Supreme Court, our families aren’t going anywhere.

In case you missed it, enjoy the recording of our election-themed webinar, “Election 2020: What’s at Stake for LGBTQ Families.” The conversation was sobering, inspirational and everything in between.

And then, make a plan to VOTE — and make sure your friends and family do, too. 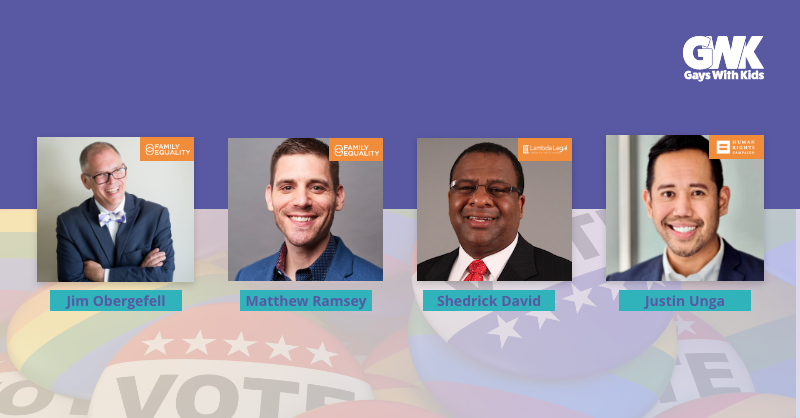