If you’re a gay couple considering surrogacy, one of the first decisions you’ll need to make together is who is going to be the biological father. When it’s time to create your embryos with your egg donor’s eggs, you have a few choices when it comes to which dad will be providing his biology: one dad only can provide his biology, both dads can provide their biology and leave the fertilization to chance, or both dads can provide their biology and fertilize half of the embryos with each dad’s sperm. Some gay dads choose this third option if they plan to have twins, or more than one baby through surrogacy.

Once embryos are created, you’ll decide which embryos will be transferred into your surrogate mother. Hopefully a pregnancy results, and you’ll be on your way to fatherhood!

The question is: what’s is like when you’re NOT the bio dad to your baby? We spoke with a few dads through surrogacy from Circle Surrogacy & Egg Donation, about the emotions surrounding being a bio dad…and not being one.

Become a dad through surrogacy

If you’re going to tell friends and family who the bio dad is, when should you tell them? 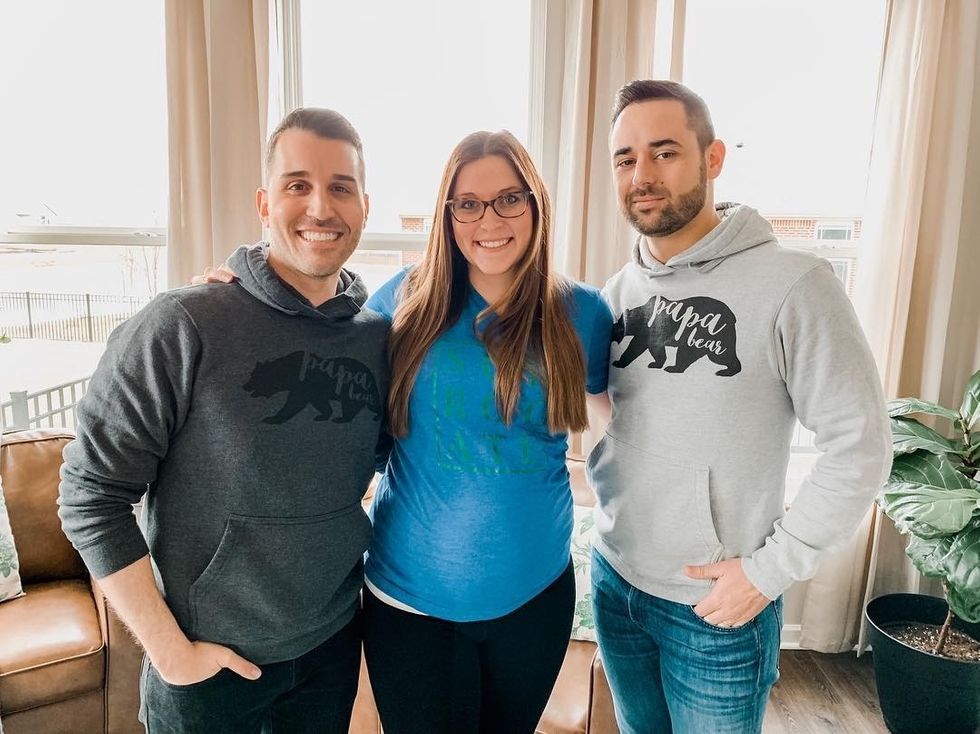 Dads we spoke to decided before the journey began if and when they would tell people who the bio dad is. All the dads that we spoke with shared this sentiment in different ways.

Two dads decided that they didn’t want to know who the bio dad was and proceeded with the journey without knowing. This allowed them to avoid the bio dad question entirely.

We spoke with a dad who said that he and his partner know who the bio dad is but chose not to share that information and asked that those closest to them respect their privacy. This allowed both dads to feel equally connected to the baby during the pregnancy, and prevented family and friends from treating them differently as parents.

Two Circle dads have now begun their second journey and look back at their first wishing they hadn’t told anyone because “as soon as our friends and family found out who the biological father was, they began assigning traits and characteristics to my husband. They often draw connections between the two of them because they know my husband is the bio dad.” He went on to explain how he can sometimes feel excluded from the narrative and began to wonder if his family members would treat or love his child differently knowing the child didn’t have his genetics.

One Circle employee who is a dad through surrogacy at Circle Surrogacy stated: “For us in the earlier days he was the spit of my husband looks wise so people could work it out. As he grew, and became more “me” it’s harder. People now tell me they are unsure. He knows who his bio dad or as he calls it “DNA Sperm daddy” is. He asked when he was about 7 years old. We have always had an honest answer policy for our kids (age appropriately of course). I have always felt that the biology is no ones business but ours and his. I get annoyed when people try to guess in front of my children as it’s none of their business and honestly, in poor taste. Look at us as a family, not a DNA connection!”

One sentiment came through loud and clear: don’t ask who the “real” dad is. Not being the bio dad to a child born through surrogacy does not negate the realness of fatherhood.

Instead of focusing on your genetics, focus on the genetics of your egg donor 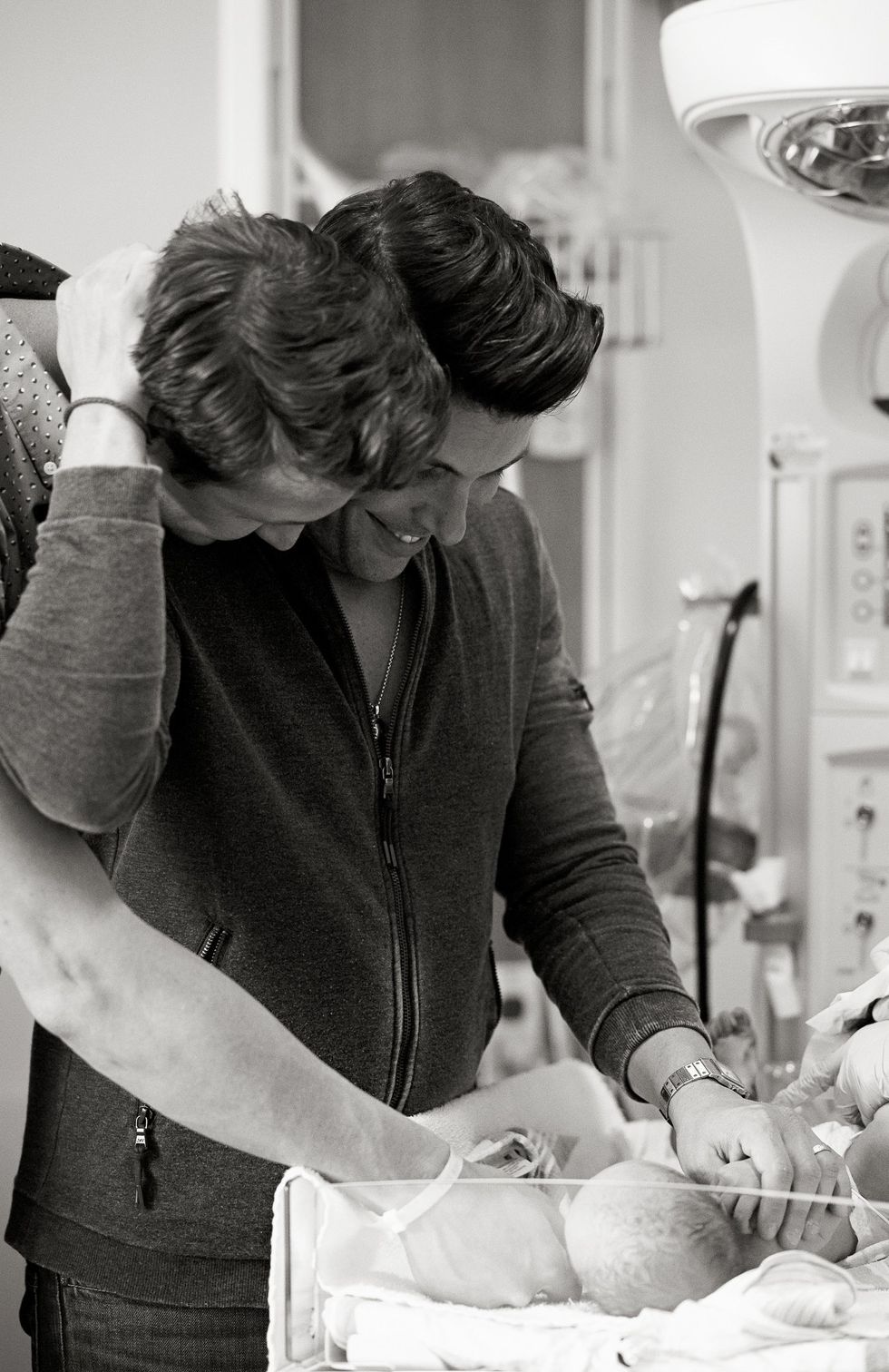 Circle Surrogacy’s dads told us that they focused all their genetic energy on the egg donor, since that was more of a question mark in terms of what traits or features the baby would get. Selecting an egg donor’s genetics by looking at a woman in a database can feel overwhelming. Some Egg Donor databases are very evolved, and provide details about an egg donor’s health and her family’s health, as well as personality traits, previous donation history, school and employment details and recent photos as well as baby pictures. Having this amount of information at your fingertips can help provide insight as to who your baby might be, or what s/he will look like.

“It was easier to focus on the donor’s genetics because we didn’t know her. I chose my husband, so I already know that I will love the parts of my child that he/she gets from him. We spent far more time wondering about the parts of our child that would come from our donor,” shared one Circle Dad.

Selecting an egg donor is a big milestone in your surrogacy journey. You’re selecting a woman and imagining her genetics mixing with your own genetics and what that will look like!

What is it like to NOT be the bio dad to your baby? 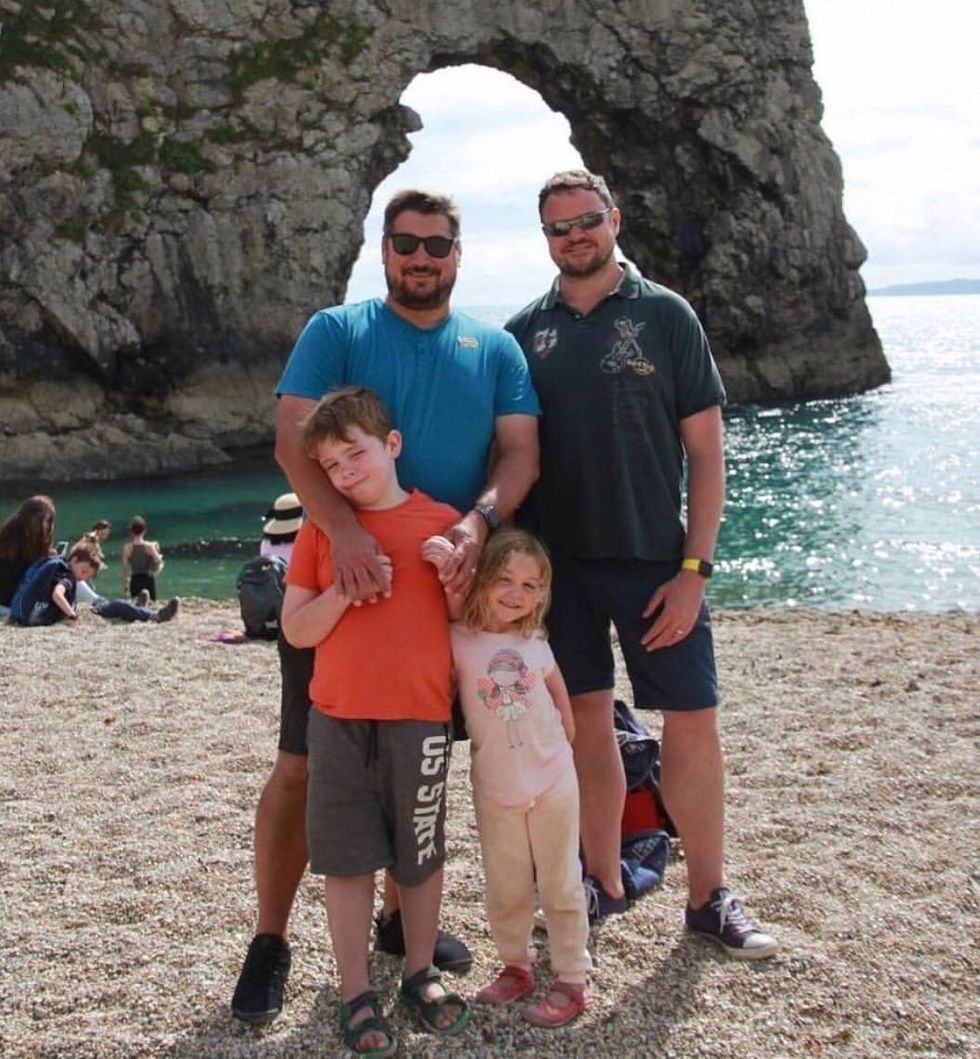 Gay dads everywhere may wonder the same thing: what is it like emotionally knowing you’re not the biological father to your child? The dads we spoke with were very open about what that feels like, and they realized that not being the bio dad is a lot like being the bio dad. Many of the non-bio dads we spoke with related the experience to being a father in the more traditional sense.

Whether it’s a man and a woman, a man and a man, or a single man, there is a different connection for dads since they don’t physically carry the baby. Both dads are the “real” dad, and both become fathers at the same time.

One Circle dad said, “I was worried that when the baby was born, my husband would have a stronger connection to our baby than I would, but the moment he was born, everything changed. That moment was so full of love and excitement and pure joy that all of those worries washed away.”

Upon the arrival of their babies, the dads were reminded that genetics are only a small piece of a much bigger picture. All the dads we spoke with agreed that whether they had a genetic connection or not, once their baby(ies) arrived, they were a dad. We were lucky enough to speak with a Circle dad who has now experienced not being the bio dad to his first child, but being the bio dad to his second baby due next year.

He and his husband are expecting another child in the spring of 2020 and he now realizes that he has no more connection to this baby girl of whom he is the bio dad, than he had with his son. One of the only differences is that he now feels more responsibility in the success of this second journey since it was his embryo. He placed more pressure on himself during the transfer, ultrasounds, and other milestones in fear that if something were to go wrong, it would be his failure. This was one of the only ways in which this experience was different than the first.

When asked if he felt less connected to the baby that he was not the bio dad for, another Circle dad said, “I absolutely did not. I fell head over heels in love with my son and I knew he was not my biological child. The bond between us is unbreakable. He is my reason for breathing and in many ways so much more “like me” than his bio dad. We share the same taste in music, TV shows, and movies. We simply get each other. He’s my mini me in every way except biology. He’s my little friend.”

Who will be the biological father to your child(ren) is a very personal decision. Or, if there is a genetic or medical reason for one dad to not donate his biology, the decision may be made for you. Either way, it’s one of the first big decisions you’ll make as a couple in the egg donation and surrogacy process. And it’s perfectly okay to not tell others who the bio dad is, or if you do want to share the news, wait until the baby is born. Each journey is different, and how dads manage the emotions of fatherhood – biological or not – are just as unique.