When Justin and Paul Grant first started dating six years ago, having kids was one of their earliest conversations.

“I met my husband at a dance night club in Ann Arbor called Necto,” Justin smiled. “I liked the idea of having kids, and knew that I wanted it to be at least on the table for the future. I think it became more realistic about 3 years into our relationship, when I knew Paul and I had laid a strong foundation in our own relationship, and could begin looking at what a family could look like for us one day.” 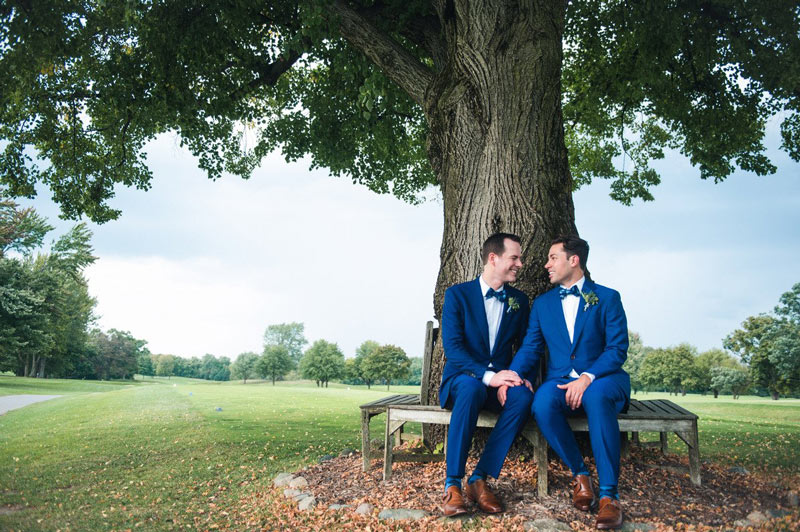 Justin, a dental hygienist, and Paul, a hospitalist, now live together in Ann Arbor with their nine-month-old daughter Jacquelyn, who joined their family last summer through adoption.

The couple did briefly look at other ways to form a family, including surrogacy. However, under Michigan state law, paying a surrogate is a felony punishable by up to up to five years in jail and a $50,000 fine. Due to their state’s heavy restrictions and laws, they decided to go with adoption instead.

The Grants chose to work with Friends in Adoption, an agency that had been recommended to them by one of Paul’s coworkers.

“Friends In Adoption also received one of the highest ratings on the Human Equal Rights Campaign website,” Justin added. “We love them so much we are using them again in the pursuit of a second child. The staff were so kind and knowledgeable, supportive, and were there for us around the clock.”

Justin said they also both come from loving and supportive families. He said their family and friends were “truly over the moon” to learn about their decision to adopt a child.

“They showed an exponential amount of compassion and support throughout our journey,” he said.

Once the couple became active on their adoption website, they matched with a birth mother who was in favor of having a future relationship with the baby and adoptive parents.

“We are fortunate that we matched with a birth mom who was pro-open adoption,” Justin said. “We text and send pictures every few weeks, and we love hearing about updates in her life. We know the importance of having her in our lives is a crucial piece to Jacquelyn’s story, and we are thankful for the benefits it will have once she gets older.”

Once they were matched with a birth mother, the baby-planning really began, which is when Paul said he really felt like a father for the first time.

“From that moment on, we did all those little things you do when getting ready to welcome a child into your life,” he said. “We started creating her nursery, reading parenting books, and getting recommendations and tips from family and friends. It was all those little puzzle pieces that felt important in preparation for what would be the best day of our lives.”

Justin, who is now a stay-at-home dad, said the first time he truly felt like a father was in the hospital on the day their daughter Jacquelyn was born, in July 2020.

“The first moment I truly felt like a father was in that ‘frozen in time’ moment, when I held Jacquelyn in my arms for the first time,” he smiled. “It was like all of her potential paths exploded within that instant, and how we would be there to help shape, guide, and craft her future as her dads.” 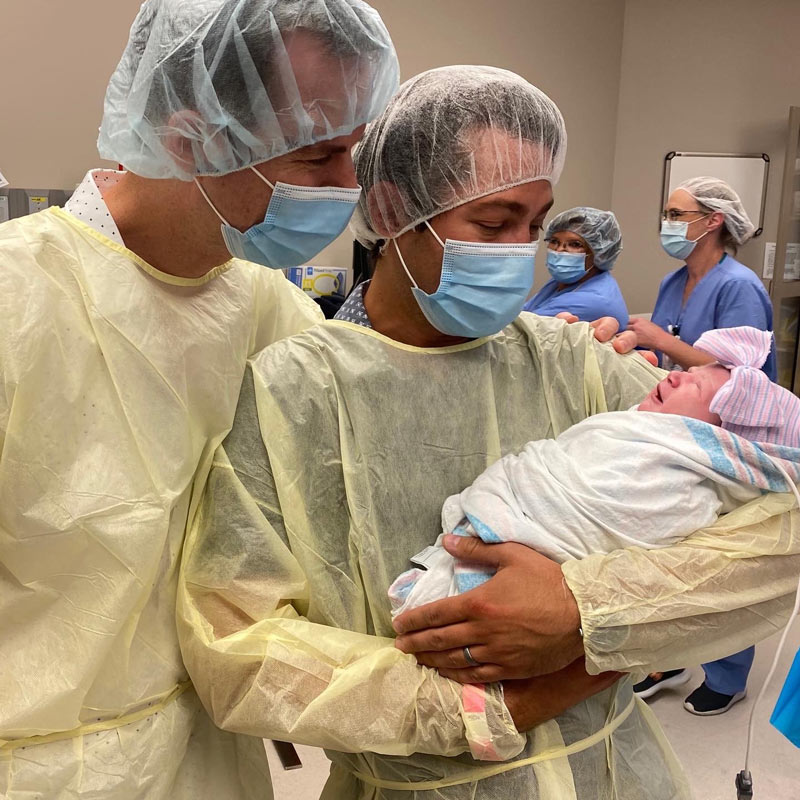 Another big component to their adoption journey was that it all took place during a pandemic.

From not knowing if they could go to the hospital, to not getting the opportunity to celebrate with family and friends, the couple said it has been difficult at times. But despite all the issues, they’re loving their new chapter as parents.

“We are still feeling the effects of this pandemic, and we feel that we are missing out on a lot of traditional fun firsts with Jacquelyn. No swim lessons, no parenting groups, and the list goes on,” Paul said.

“We joke that the only good thing that came out of 2020 was our daughter!” 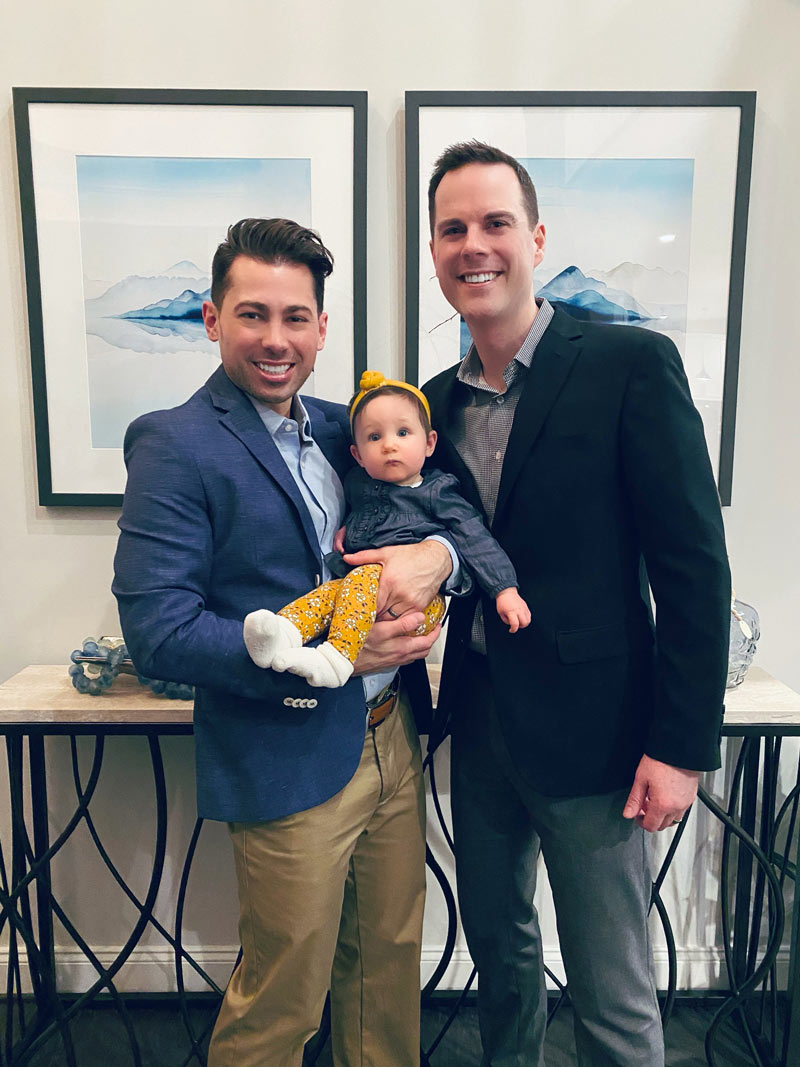