With Help From Their Surrogacy Tribe — Sam & Rob Become Dads Sam and Rob, who live in Melbourne Australia, both grew up knowing they wanted to become dads one day — but like many queer men, neither thought this dream would become a reality.

“I openly shared over the years with my family and friends my desire to be a father,” said Sam. “I would often talk to my sister about how I hoped one day I had a daughter so she could look up to her.”

When Sam met Rob, and started dating, their shared desire to start a family one day immediately brought them closer together, they said. “We had talked about it at the start of our relationship and then shortly after we got engaged we decided to bite the bullet and sign on with an agency,” said Sam. 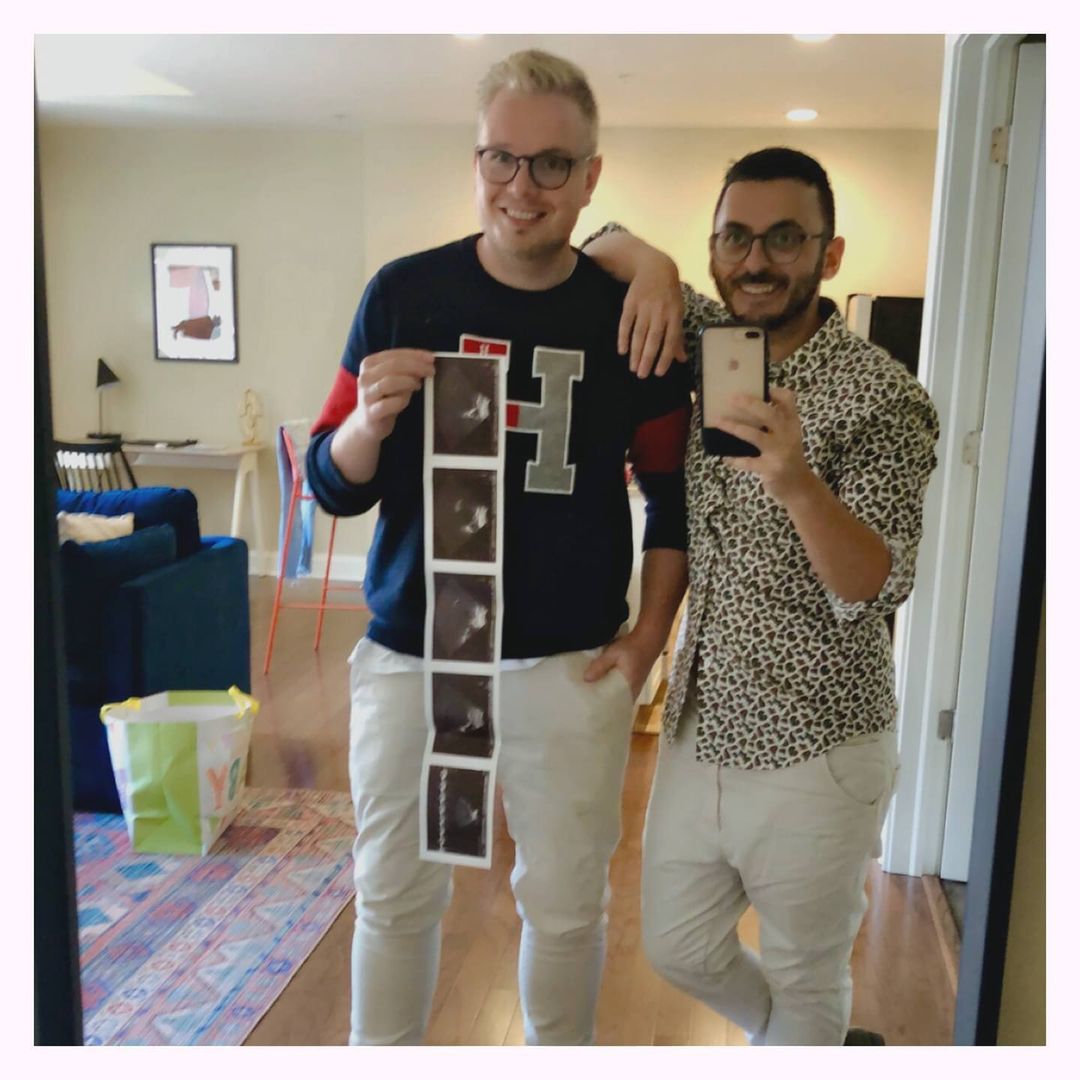 Initially, the couple looked into pursuing “altruistic surrogacy” in Australia (meaning uncompensated surrogacy, which is the only type legal in much of the world outside of the United States) but the couple found it difficult to find the information they needed. “The information available was scarce, and we had no clue where to start,” Sam said.

After an initial consultation with Circle Surrogacy and Egg Donation— an agency based in the Northeast in the U.S. — they felt it was right for them. “We instantly knew they were the right agency for us,” said Sam. “In a way, international surrogacy seemed the most complicated, but somehow was the easiest to deal with.”

Sam and Rob knew it could take years to complete their surrogacy journey — 2 years is the average time frame — but they were motivated to make it happen as quickly as possible. They had embryos created within 3 months, they said, and a surrogate match within six. “Our ability to become dads sooner was a combination of the great agency we worked with but also our drive to get things done as quickly as possible, even though we lived on the other side of the world,” Sam said. 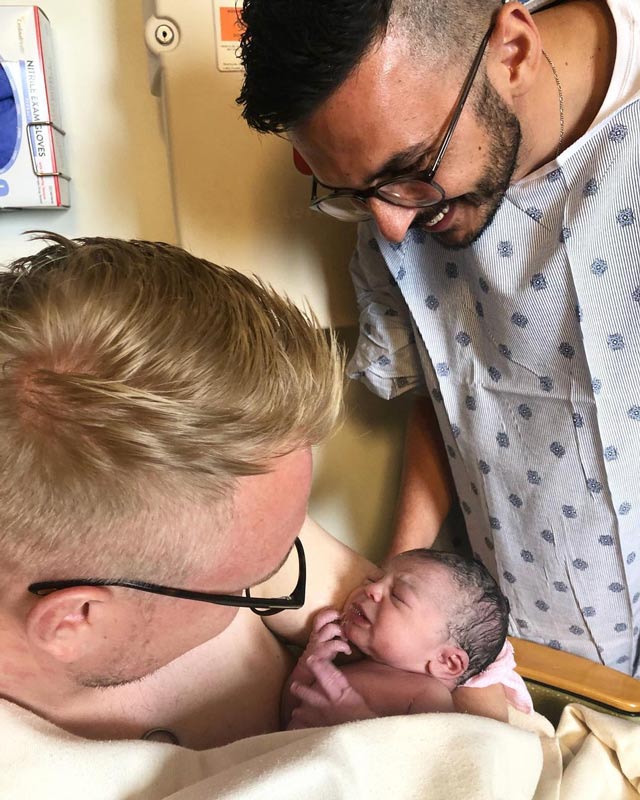 Soon after signing on the dotted line, the couple flew from Melbourne to Los Angeles for the egg retrieval and to provide their sperm samples. They laugh, looking back, at how nervous they were for this interesting, uh, “step” in the process. “We went out to brunch the day before and had mimosas,” Sam said. “But then started crying the day after because we didn’t want our sperm sample to be diluted with mimosas — that’s how nervous and excited we were that this was finally happening.” 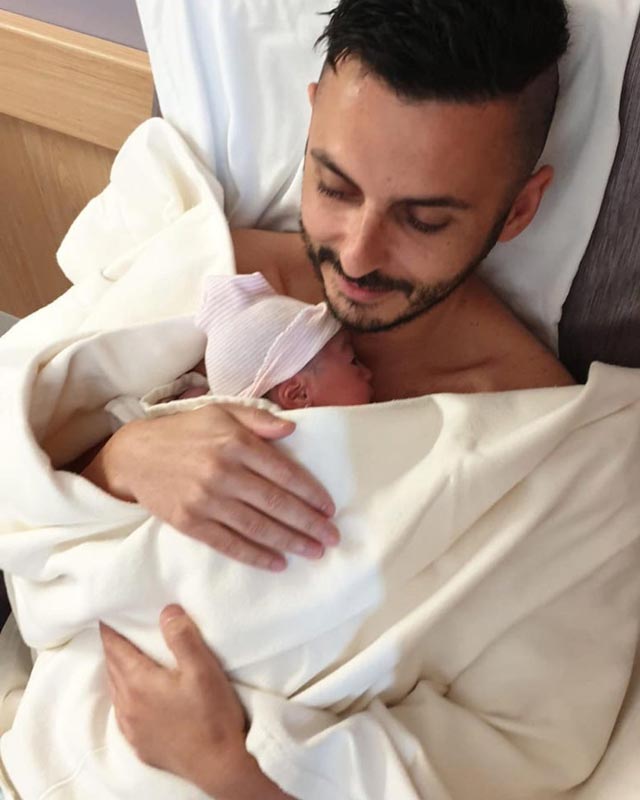 As they raced towards the finish line of fatherhood, Rob and Sam started to experience some doubt about the certainty. First, they worried about their egg and sperm fertilization and ending up with no viable embryos. Luckily that didn’t happen.

The second time they had doubts was when their first surrogate match fell through. After initially matching quickly, they were so overwhelmed with joy they said yes instantly. But a day after the confirmation, the surrogate decided to not proceed and the couple were shattered. “This was the first time we thought, ‘wow, there is no guarantee we are going to become dads and this might actually not happen for us.'”

Thankfully they found their surrogate not long after, and their journey was in motion again after she became pregnant from the first transfer. 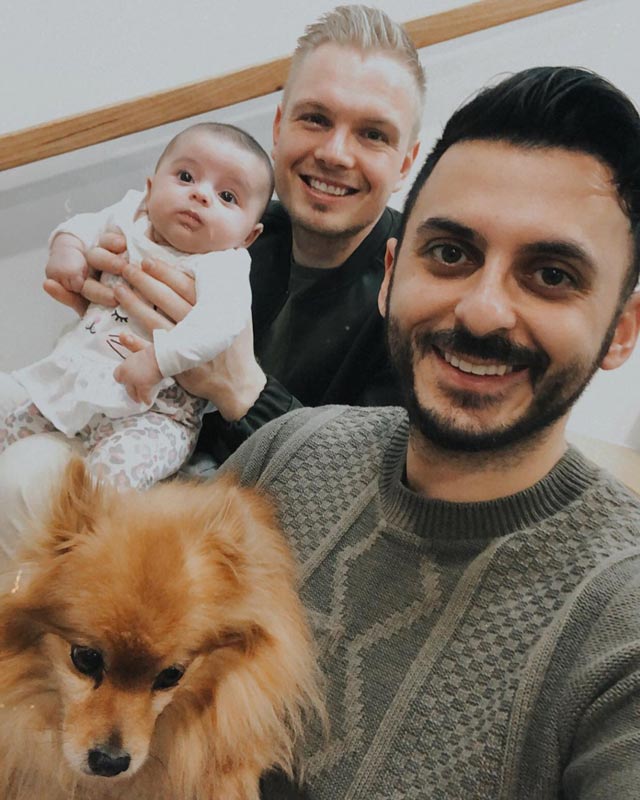 As their surrogate inched closer to her due date, concern over mimosa-diluted sperm were soon in the rearview. Not only were the two men going to become first-time parents — they would be doing so in a foreign country during a global pandemic. The dads say they received an “overwhelming” amount of support, however, from friends, family and their surrogacy team.

The dads declared in a heartfelt Instagram post a shout-out to “the generosity of two selfless women” who helped make their dreams come true – their egg donor and their surrogate. “To our amazing surrogate, thank you for gifting us this piece of life. We will forever be grateful and have made a lifelong friend within you. “

They also said thank you to the wonderful teams of Circle Surrogacy and their IVF clinic, PFCLA, for the “ongoing support, patience and perseverance throughout this journey.⁣⁣”

Start your own surrogacy journey! 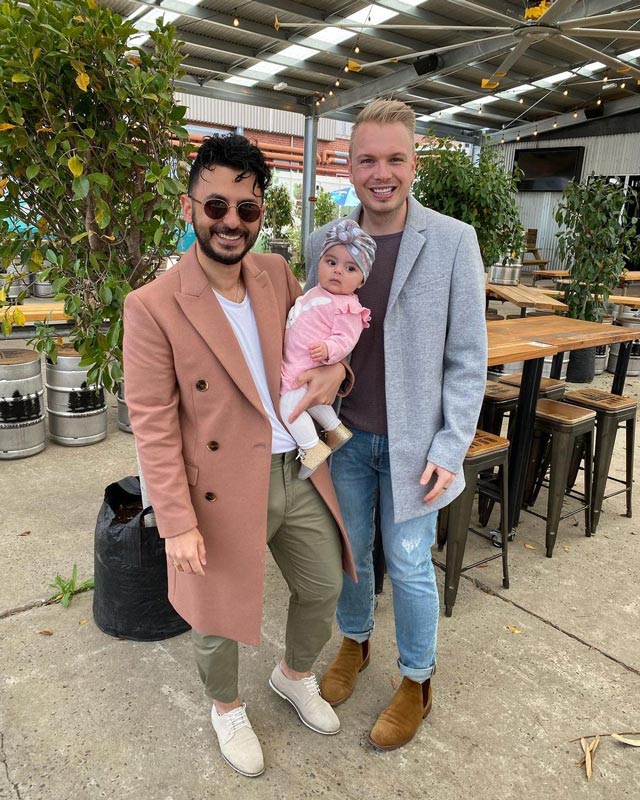 Now safely back in Melbourne, the dads are living their dreams of fatherhood to the fullest — and are enjoying using their new status as among the few gay dads in their community to help increase the visibility of LGBTQ parenthood. “The best way to overcome adversity is through education,” Sam said. “We love sharing our story, educating people on the process we went through to become fathers and most importantly, continue to break glass ceilings.”

For other men living outside of the United States and interested in pursuing this route to fatherhood, the dads have one word of advice: “Engage, engage,  engage,” Sam said. In retrospect, the dads say if they could have done one thing differently, it would be to find and network with other men who had completed a surrogacy journey to help remove some of the novelty and uncertainty about what to expect from the process as gay men. “The internet can often feel like you are going down a rabbit hole and the information you read can at times be overwhelming —hearing it first hand from fathers who have been on a journey you are considering will add an immense amount of value.” 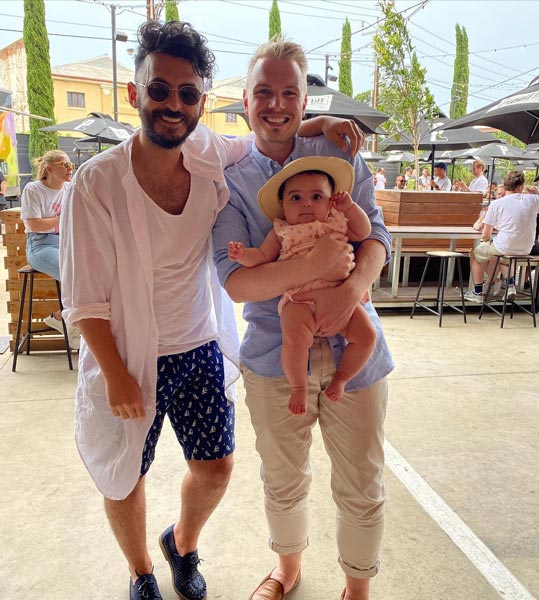 Though the dads were able to complete their surrogacy journey more quickly than the average, they also caution dads-to-be to take the time to build the best possible surrogacy team before moving forward. “We wanted to feel comfortable with our surrogacy ‘tribe’ — this included agency, egg donor, IVF clinic, and surrogate,” Sam said. Building these relationships, they said, made their experience that much more enjoyable. “At the end of it all this is your journey to becoming dads and you want the most supportive people standing beside you.”

Follow these dads and their fatherhood journey at @fromdudestodads.